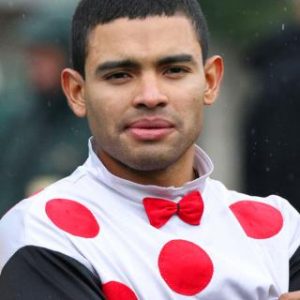 Frank’s Rockette will be on a quest to add another graded-stakes success to her resume Saturday at Gulfstream Park, where the Frank Fletcher Racing Operations Inc.’s homebred filly scored the first stakes victory of her racing career nearly two years ago.

“What’s so special is that she’s a homebred, so that makes it really nice. Eddie Woods, he broke her, and he said early on that she was going to have speed. He always was kind of enthused about her so we kind of thought she was going to be special,” said Kathy Howard, racing manager for Frank Fletcher Racing Operations Inc.

“My husband trained the mare and then he died unexpectedly, so it’s real emotional for me,” Howard said. “I’m just glad for everything. We’ve always loved the mare and Billy’s really managed her well and put her in good spots.”

Junior Alvarado has the call aboard Frank’s Rockette.

OXO Equine LLC’s Center Aisle will seek her first stakes victory Saturday while coming off a pair of impressive of optional claiming and allowance victories at Churchill Downs and Keeneland in her first two starts for trainer Paulo Lobo. Formerly trained by Chad Brown, the 4-year-old daughter of Into Mischief finished third behind Frank’s Rockette in both the Victory Ride (G3) and Prioress (G2) last year.

Luis Saez is scheduled to ride Center Aisle for the first time.

Breeze Easy LLC’s Bronx Beauty, who lost last year’s Sugar Swirl by a head, is slated to return in the six-furlong sprint. The 5-year-old stakes-winning daughter of Liaison is coming off an Sept. 6 allowance victory at Monmouth Park.

Mark Grier’s Sosua and CJ Thoroughbreds LLC’s Compensate round out the field.

Dream Marie Looks to Step Out of Letruska’s Shadow Saturday

Miracles International Trading Inc.’s Dream Marie will be seeking to improve on last year’s runner-up finish in the $100,000 Rampart at Gulfstream Park Saturday, when the 4-year-old daughter of Graydar won’t have the likes of Letruska to stand in her way on her quest to prevail in the mile stakes for fillies and mares.

“She was second here in this race last year when the race was won by Letruska. Hopefully, we run well again this year,” trainer Matthew Williams said.

Letruska went on to win six graded stakes, including four Grade 1 races, in 2021.

Dream Marie finished off the board in her three starts subsequent to the Rampart before finishing first in the Obeah Stakes at Delaware. Two starts later, she finished second in an Aug. 23 optional claiming allowance at Colonial Downs before getting a break.

“We gave her a month off and a few months to get ready for this,” Williams said. “She’s been training really well for this race. I think she should have a great chance. She’s been training so well. She’s progressed. Every week has been better than the previous week.”

Junior Alvarado is scheduled to ride Dream Marie for the first time Saturday.

Slam Dunk Racing and trainer Saffie Joseph Jr.’s Allworthy is set to return to action in the Rampart after finishing off the board in the Cotillion (G1) at Parx.

The 3-year-old daughter of Tonalist won back-to-back races at Gulfstream Park during the Spring/Summer Meet before finishing fourth in the Monmouth Oaks (G3) and third in the Charles Town Oaks (G3) in preparation for the Cotillion.

Tyler Gaffalione, who was aboard for the Charles Town Oaks, returns to the saddle.

Joseph is also scheduled to saddle Ken Copenhaver’s Queen Nekia for a start in the Rampart. The 6-year-old daughter of Harlington captured the Royal Delta (G3) during the 2020-2021 Championship Meet at Gulfstream.

Sign Up
The Pressbox · 32 minutes ago
@thepressboxlts
May I please get 2 followers to COPY and re-post this tweet?