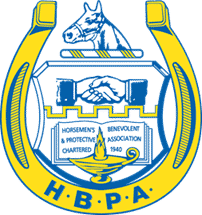 From the KY HBPA Media Team:

Expanding purse supplements for Kentucky-breds to include claiming races would shore up the state’s year-round horse-racing circuit, keeping horses and jobs in Kentucky, the leading horsemen’s association told a legislative committee Friday.
Rick Hiles, president of the Kentucky Horsemen’s Benevolent & Protective Association (KHBPA), said that while Kentucky’s racing industry is thriving on many fronts, the exception comes in the claiming races, especially at Ellis Park and Turfway Park. Claiming races, the blue-collar backbone of American racing, currently are not eligible to have Kentucky Thoroughbred Development Fund (KTDF) supplements added to their purses. Hiles told the Kentucky Legislature’s Parimutuel Wagering Taxation Task Force that it’s time to change that so that all horsemen benefit from the country’s most successful state-bred incentive program.
“You need claiming horses in order to provide the opportunities for allowance and stakes horses,” Hiles said later. “It’s time to acknowledge their important role and to let all horses born in the state and sired by a stallion in the Commonwealth benefit from being a Kentucky-bred.”
In claiming races, one of the conditions (along with distance, surface, age, gender, eligibility based on numbers of wins or earnings) is a price for which licensed owners can submit a “claim” before the race to buy the horse for that price. If successful, the new owner does not get money earned in that race but afterward takes possession of the horse. In Kentucky, claiming prices range from $5,000 up to $150,000.
Claiming horses are an essential part of American racing, filling out the race programs for the allowance and stakes horses. In Kentucky, claiming races make up about half of the races but account for only 17 percent of total purses. While no one advocates that claiming purses rival those of straight maiden, allowance and stakes races, Hiles said it’s important that owners of those horses also have a shot to recoup at least part of their investment. That encourages owners and trainers to add horses, leading to added jobs for their care as well as increasing demand for Kentucky-breds.
The KTDF supplements, which often comprise 25 to 50 percent of a non-claiming race, are paid out only to registered Kentucky-breds. Those are horses born in the commonwealth and sired by a Kentucky stallion — a population which accounts for the vast majority of horses racing in the state and throughout much of the country.
While the other race purses have seen dramatic growth in Kentucky thanks to the implementation of historical horse racing, the money for claiming races has been largely stagnant in some areas. Ellis Park is the most impacted, being at a competitive disadvantage for those horses with Indiana Grand, three hours away, and this summer with many Kentucky stables deciding to race at Virginia’s Colonial Downs. Ellis Park staged only eight races most days because of an inability to get enough entries to have full fields for claiming races. If those purses increased significantly, it would keep and attract horses to the state.
“If the KTDF were used to beef up claiming purses for Kentucky-breds, not only would I race a lot more horses at Ellis Park, I’d bring up horses from my Southwest and Louisiana divisions to run in the state,” trainer Bret Calhoun said earlier.
The concept was well-received by task force members Rep. Adam Koenig and Sen. Damon Thayer, who serve as committee chairs, as well as Rep. Al Gentry and Rep. Matt Koch.
“I agree with everything you said,” Koch, a breeder, told Hiles. “Especially the part about it costs just as much to keep a $5,000 claimer as it does an allowance horse. That’s absolutely true. So many of the people who own those horses, they can win that month and the purse doesn’t even cover the training and vet bills you have…. You go to Turfway Park this winter, those are the people keeping this industry running right here.”
Said Thayer: “This is not a new idea, but it’s an idea whose time has come.… Not every horse becomes a stakes horse. Not every horse becomes an allowance horse. (Claiming races) are the bread and butter, the backbone of the sport. I think it’s time we changed the statute and allow some of those KTDF monies to be used on Kentucky-bred horses that run in claiming races.”
Thayer advocated, and Hiles agreed, that the best way to implement such a policy would be through legislation enabling the expansion but with the Kentucky Horse Racing Commission and its KTDF advisory committee establishing the parameters. Koch cautioned about making claiming purses too high, to where it might incentivize someone to run an unsound horse. While agreeing that no one wants that, Kentucky HBPA executive director Marty Maline later observed that there are safeguards in place, including additional veterinary checks, to keep unsound horses at any level from competing and that horses making a significant drop in class get special scrutiny.
The Kentucky HBPA projects that KTDF on claiming races would add between $5 million-$10 million a year to those purses, if applied at the approximate percentages of other races. That is more than offset by the growth of historical horse racing, with no cannibalization of money offered on existing KTDF races, the organization said.
Claiming horses also provide a stream of revenue to the state’s General Fund via the 6-percent state sales tax applied every time a horse is claimed. Through Nov. 13, a total of 923 horses had been claimed in Kentucky for a total of $22,400,500 with 27 days of racing left in the 2021. That accounts for $1,362,030 in sales tax.
“Anything that makes the sport stronger and more accessible, I’m for,” Gentry said of his support for KTDF expansion.
2021-11-19T14:58:51-05:00By The Pressbox Staff|