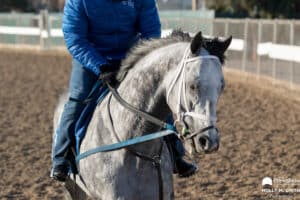 Keeneland congratulates the equine champions and outstanding horsemen in Thoroughbred racing in 2021 who were honored at the 51st Eclipse Awards Ceremony at Santa Anita. Five horses named Eclipse Award winners – led by Horse of the Year and champion older dirt male Knicks Go – are graduates of Keeneland’s September Yearling Sale, while other honorees have connections to Keeneland racing and sales.

Knicks Go is the fourth consecutive Horse of the Year who is a graduate of the September Sale, following Justify (2018), Bricks and Mortar (2019) and Authentic (2020).

By Paynter, Knicks Go was bred by Angie Moore and sold as a weanling at Keeneland’s 2016 November Breeding Stock Sale. He was consigned by Bill Reightler, agent for Greenmount Farm, and purchased by Northface Bloodstock for $40,000.

Other alumni of Keeneland sales who are 2021 champions are:

These Eclipse Award winners as outstanding horsemen all won graded stakes at Keeneland in 2021:

Brad Cox (trainer): During the Spring Meet, he won the Toyota Blue Grass (G2) with champion 3-year-old male Essential Quality, Coolmore Jenny Wiley (G1) with Juliet Foxtrot (GB) and Baird Doubledogdare (G3) with Bonny South. Cox was the leading trainer of the Fall Meet, when he won the Darley Alcibiades (G1) with Juju’s Map and Perryville with He’smyhoneybadger.