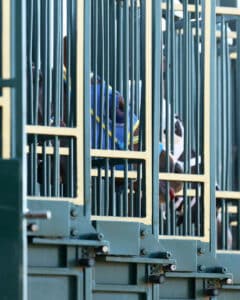 Wolfe Racing and Hugh Robertson’s Two Emmys, winner of the Mr. D. (G1) at Arlington Park in his most recent start, headlines a field of 12 runners entered Sunday for Friday’s 27th running of the $150,000 Sycamore (G3) for 3-year-olds and up going 1½ miles on the grass.

James Graham, who was aboard for the front-running victory in the Mr. D., has the mount Friday and will depart post position 12. 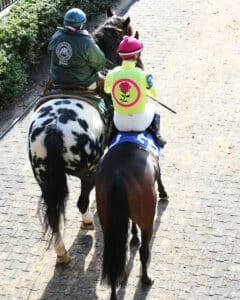 It may have been a different week, but the upbeat sounds of success still reverberated at the Chad Brown barn.

Shantisara (IRE) and Technical Analysis (IRE) provided the barn with its second consecutive Grade 1 exacta sweep with their 1-2 finish in the Queen Elizabeth II Challenge Cup (G1) Presented by Dixiana on Saturday.

“Those are two nice fillies, and they are in good shape this morning,” said Baldo Hernandez, who is overseeing the Brown string at Keeneland. “They may be going back to New York tomorrow.”

The previous week, the Brown-trained duo of Blowout (GB) and Regal Glory ran 1-2 in the First Lady (G1) Presented by UK HealthCare for owner Peter Brant.

Hernandez said Blowout and Regal Glory also would be heading back to New York with the Queen Elizabeth II runners.

Flavien Prat rode both Grade 1 winners with Jose Ortiz finishing second in both races. Prat will attempt to double up for Brown this afternoon at Woodbine when he rides Kalifornia Queen (GER) in the $600,000 E.P. Taylor (G1).

Eclipse Thoroughbreds and TOLO Thoroughbreds’ Queen Goddess, who finished fifth in her stakes debut, will train at Churchill Downs the next couple of weeks and then ship to California trainer Michael McCarthy said via text.

Harris Farms’ Closing Remarks, sixth on Saturday, was scheduled to return to trainer Carla Gaines’ base at Santa Anita on Tuesday.

James Wigan’s Cloudy Dawn (IRE), seventh in her U.S. debut for trainer William Haggas, was scheduled to ship back to Europe on Monday, according to head lad Suraj Bissessur.

Watts Humphrey Jr.’s Flippant is scheduled for a 2-3 month break following her eighth-place finish, according to Phil Oliver, husband of trainer Vicki Oliver.

“The lack of cover early in the race didn’t help her,” said Kieran Murphy, who has overseen the filly’s training at Keeneland for Aidan O’Brien. “It was tough to come back that quick from what was a tough race last week for her (in the First Lady in which she was third).”

Murphy also said Katsumi Yoshida’s Nicest (IRE), who finished fourth for trainer Donnacha O’Brien, would not be leaving Sunday with plans to be determined.

Charles Fipke’s undefeated Lady Speightspeare, who was scratched at the starting gate prior to the Queen Elizabeth II Challenge Cup Presented by Dixiana, is scheduled to return to Woodbine on Monday.

“She’s OK this morning. It’s just disappointing to come all this way and not run,” said Ally Walker, assistant to trainer Roger Attfield. “She has a bit of a wild side, and yesterday she reared up four times in the gate and then tried to lay down.”

Whit Beckman, who in recent years served as the Kentucky assistant to Chad Brown, saddled his first U.S. starter Saturday afternoon at Keeneland. He came within a nose of his first U.S. winner when Maxis Stable’s Kewpie Doll came up a nose short of catching Afleet Diva in the fourth race.

“I have seven horses and am starting to build the stable,” said the 39-year-old Beckman, a graduate of St. Xavier High School in Louisville, who is based at Churchill Downs.

Prior to working for Brown, Beckman was an assistant to Todd Pletcher and Eoin Hardy and was a head trainer overseas for two seasons in Saudi Arabia. …

Trainer Brad Cox said Sunday morning that Ike and Dawn Thrash’s Turnerloose, third as the favorite in the Oct. 13 JPMorgan Chase Jessamine (G2), remains on track for a start in the $1 million Breeders’ Cup Juvenile Fillies Turf (G1) to be run Nov. 5 at Del Mar.

“We are still planning on going,” Cox said. “The only question is if she will be able to get in (if the race is over-subscribed).”

Three horses with possible Breeders’ Cup World Championships races on their horizons were part of a busy 193-horse work tab over a fast track Sunday morning.

Keeneland Kids Club Family Day Presented by Kentucky Children’s Hospital. The Keeneland Kids Club is the Official Kids Club for Keeneland fans 12 and younger. Kids Club members and their families are invited to enjoy this special day at the races by receiving free general admission and access to reserved Grandstand seating. Children’s activities will take place in the North Terrace from noon to 4 p.m.

Fall $400 Challenge. Keeneland’s live bankroll handicapping tournament has a $400 buy-in with a live bankroll of $250 and $150 prize fund fee. Players will be able to wager any amount on any race at Keeneland with no minimum wagers or minimum number of races. The tournament is only available at Keeneland. Click here for more information.