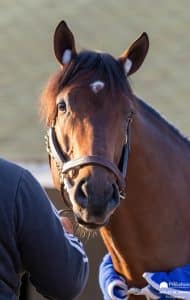 These alumni of Keeneland sales are among the nine 3-year-olds entered in the 1 3/16-mile Preakness:

Creative Minister (Creative Cause-Tamboz) – Trainer Kenny McPeek, agent, purchased the colt for $180,000 from the consignment of St George Sales at the 2020 September Sale. Del Ridge Farm bred Creative Minister, who is owned by Fern Circle Stables and Back Racing. He will be ridden by Brian Hernandez Jr.

Epicenter (Not This Time-Silent Candy) – The Kentucky Derby (G1) Presented by Woodford Reserve runner-up races for Winchell Thoroughbreds of Joan Winchell and Ron Winchell, who bought the colt for $260,000 at the 2020 September Sale. Bred by Westwind Farms and consigned by Bettersworth Westwind Farms, Epicenter is trained by Steve Asmussen, and will be ridden by Joel Rosario.

Simplification (Not This Time-Simply Confection) – Taylor Made Sales Agency, agent, offered the Fountain of Youth (G2) and Mucho Macho Man Stakes (L) winner as a weanling at the 2019 November Sale. France Weiner and Irwin Weiner bred Simplification, who is owned by Tami Bobo and Tristan de Meric. John Velazaquez will ride the colt for trainer Antonio Sano.

Skippylongstocking (Exaggerator-Twinkling) – Third for owner Daniel Olonso in the Wood Memorial (G2) Presented by Resorts World Casino, Skippylongstocking was bred by Brushy Hill. South Point Sales Agency, agent, consigned him to the 2020 September Sale, where he sold to Doble Jak Investments for $15,000. Trained by Saffie Joseph Jr., Skippylongstocking will be ridden by Junior Alvarado.