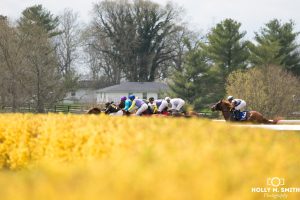 Three Ontario-bred fillies from families of Canadian champions – led by a $320,000 filly from the first crop of Grade 1 winner Collected – commanded the highest prices of Tuesday’s eighth session of the Keeneland September Yearling Sale.

Anderson Farms, agent, consigned the session topper, who sold to Speedway Stables. She is out of the Medaglia d’Oro mare Bezzera, a full sister to Canadian Horse of the Year Wonder Gadot and a half-sister to Grade 1 winner Hard Not to Love.

Ben McElroy, agent, purchased the $300,000 filly, a daughter of Bernardini out of the Unbridled’s Song mare Siren’s Song. She is from the family of Canadian champions Comet Shine and Irish Mission.

A daughter of Shaman Ghost whose half-brother is multiple Grade 1 winner Dortmund sold for $270,000 to White Birch Farm. Consigned by Bona Terra Stud, agent, the filly is out of stakes winner Our Josephina, by Tale of the Cat, and from the family of champion Lakeville Miss, Grade 1 winner Mogambo and Grade 3 winner I’m a Looker.

Quarter Pole Enterprises paid $250,000 for a filly by Munnings out of stakes winner Tensas Harbor, by Private Vow. Consigned by Woodford Thoroughbreds, agent, she is from the family of Grade 3 winner Storm On the Loose.

The session’s leading buyer was Gentry Farms, which paid $497,000 for four yearlings.

The September Sale continues tomorrow and runs through Friday. All sessions begin at 10 a.m. ET.