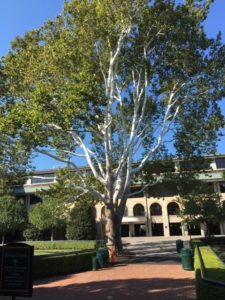 Ensemble Stables spent $450,000 for a colt from the first crop of Grade 1 winner Mo Town to record the highest price on Monday and mark another day of strong trade at the Keeneland September Yearling Sale.

Consigned by Gainesway, agent, the session’s leading consignor with sales of $3,262,000 for 27 yearlings, the colt is from the family of Grade 1 winners Minardi and Johannesburg and Grade 2 winners Stanford and Tale of the Cat. His dam is Closing Move, by Bernardini.

A colt from the first crop of Good Magic out of Grade 2 winner Heart Stealer, by Speightstown, brought $425,000 from Klaravich Stable. He was consigned by Bedouin Bloodstock, agent.

Ben McElroy, agent, paid $400,000 for Vitamunn, a daughter of Munnings consigned by Lane’s End, agent. Out of winner Vitae, by Awesome Again, Vitamunn is from the family of stakes winners Bonita Meadow, Meadow Bride, Prairie King and Devil’s Halo.

John Ballantyne/NBS Stable paid $390,000 for a colt by Army Mule who is the first foal out of the Tapit mare August Snow, a half-sister to multiple Grade 1 winners Hoppertunity and Executiveprivilege. The colt was consigned by Hill ‘n’ Dale Sales, agent.

Gainesway, agent, also consigned a colt by Empire Maker who sold to Donato Lanni, agent for SF Bloodstock/Starlight/Madaket for $300,000. A half-brother to Grade 3 winner Trophy Chaser, he is from the family of European champion Air Force Blue.

The September Sale continues tomorrow and runs through Friday. All sessions begin at 10 a.m. ET.