KY Derby Jockey Quotes: Sonny Leon Gets to “The Mount”

KY Derby Jockey Quotes: Sonny Leon Gets to “The Mount” 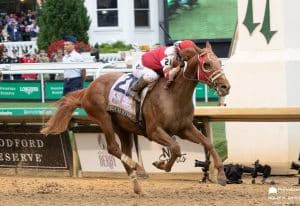 JOCKEY QUOTES FROM THE 148TH RUNNING OF THE KENTUCKY DERBY

Sonny Leon, jockey of Rich Strike (First) – “You know we had a difficult post but I know the horse. I didn’t know if he could win but I had a good feeling with him. I had to wait until the stretch and that’s what I did. I waited and then the rail opened up. I wasn’t nervous, I was excited. Nobody knows my horse like I know my horse.”

Joel Rosario, jockey of Epicenter (Second) – “Everything was perfect. We thought we were home. Too bad that horse got us right at the end. I thought Epicenter ran a tremendous race. He did everything. He responded when I asked him. We ran too good to get beat.”

Jose Ortiz, jockey of Simplification (Fourth) – “When I wanted to run I had room to run. I had a perfect trip.”

Irad Ortiz Jr., jockey of Mo Donegal (Fifth) – “I didn’t have the best break out of there. I worked out my trip, and my horse ran great.”

Rey Gutierrez, jockey of Barber Road (Sixth) – “He ran well. We saved ground the first turn and took a chance on the final turn by going really wide. I was hoping it would help him get there but it didn’t give us the result we wanted.”

Ricardo Santana Jr. jockey of Tawny Port (Seventh) – “I can’t ask for a better trip. I had a good trip but he got tired. He came back pretty quick from his last race. The extra distance next time could help.”

Corey Lanerie, jockey of Smile Happy (Eighth) – “I had a good trip. Broke clean and had a smooth run through the first turn. I was right with Epicenter when we came to the quarter pole. I popped out to try to go around but just didn’t have enough horse. He gave out on me a little bit, so just maybe the distance.”

Brian Hernandez Jr., jockey of Tiz the Bomb (Ninth) – “We didn’t get away from the gate as cleanly as we would like. We ended up a little further back. He ran a pretty good trip, he grinded it out and picked up half the field late.”

Manny Franco, jockey of Zozos (10th) – “The pace was hot. I was right where I wanted to be. The other horses were better than him today.”

Julien Leparoux, jockey of Classic Causeway (11th) – “We missed the break a little bit, but there was some pace in front so I was kinda happy anyway to be where I was. He traveled beautifully and gave me everything he had.”

Mike Smith, jockey of Taiba (12th) and Messier (15th) – “He was a little bad with the dirt (being kicked in his face) but it is what it is. He didn’t embarrass himself.”

Christophe Lemaire, jockey of Crown Pride (13th) – “Early on it was quick. He took good position easily and I could hold him very well. He gradually got tired and couldn’t pick up at the end.”

Rafael Bejarano, jockey of Happy Jack (14th) –“My horse was good in the beginning but somehow his tail got trapped in the gate and he started acting crazy. He tried to flip out and then they had to back him out.”

Tyler Gaffalione., jockey of White Abarrio (16th) – “He jumped great. Then the first sixteenth we got squeezed back and then he was fighting the kickback and I got caught wide both turns. He made a good run just kinda got tired out.”

Luis Saez, jockey of Charge It (17th) – “He ran good. He’s still a baby. He broke pretty nice and when we came to the top of the stretch, the other horses were too good.”

Florent Geroux, jockey of Cyberknife (18th) – “I broke super sharp and was in a great position. I only thing I can think of that the pace was very hot and I was up close. I was saving ground on the first turn but he didn’t run his race.”

Mickael Barzalona, jockey of Summer Is Tomorrow (20th) – “He’s a perfect six- to seven-furlong horse. Today, we got pressure early on and the backstretch and I couldn’t save him (his speed) as I did in Dubai last time.”

Sign Up
The Pressbox · 3 hours ago
@thepressboxlts
Golden Pal Works at Keeneland in Preparation for Royal Ascot - https://t.co/IwkU4F7oAj https://t.co/9XUNhVcqZX
View on Twitter 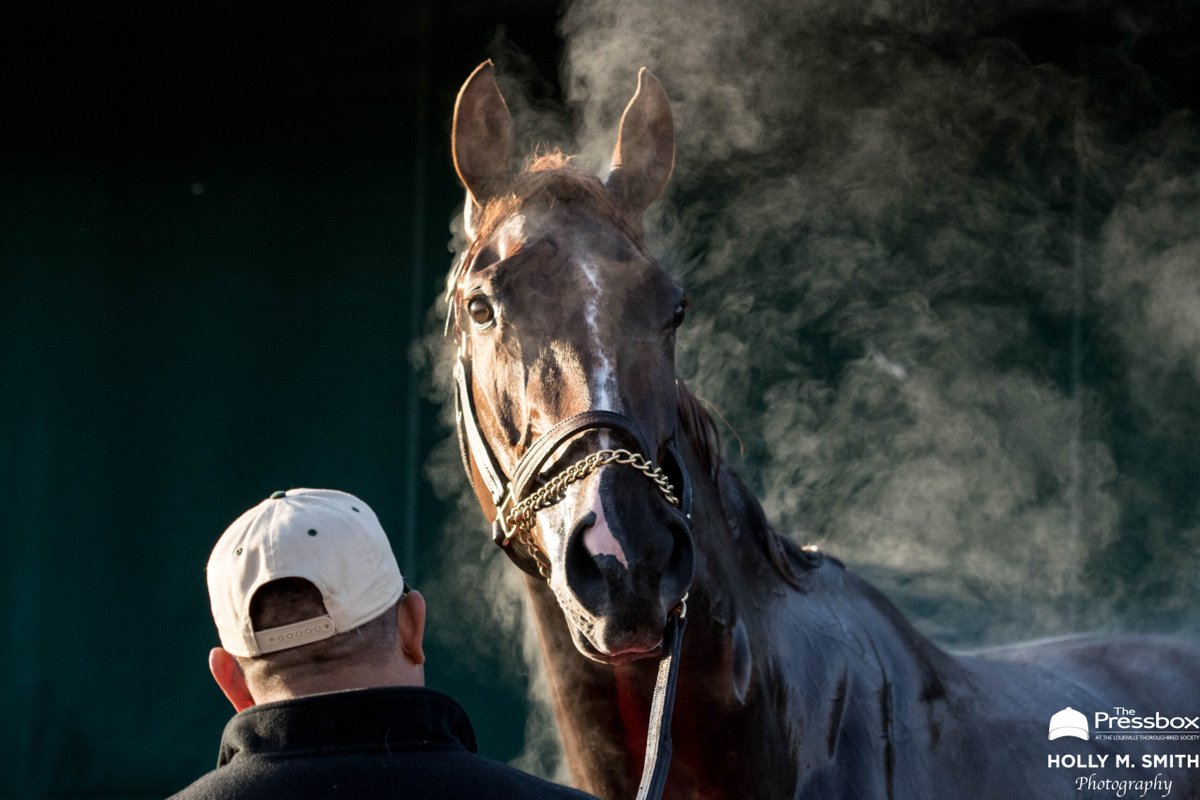