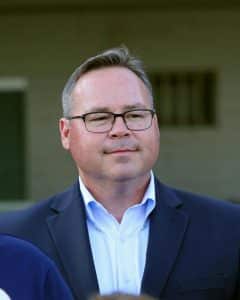 Ben Huffman, Vice President of Racing for Churchill Downs Racetrack and Racing Secretary at Keeneland Race Course, is the 2022 recipient of the Kentucky Thoroughbred Owners’ Warner L. Jones Jr. Horseman of the Year Award.Huffman will be honored at the Louisville-based KTO’s 34th annual awards gala Saturday, Nov. 19 at the Kentucky Derby Museum, 704 Central Avenue adjacent to Churchill Downs. Cocktails begin at 6 p.m. (all times Eastern), followed by dinner at 7 p.m. Tickets, which include dinner and drinks, are available by contacting Marlene Meyer at (502) 458-5820.

The award recognizes individuals for outstanding contributions to Kentucky racing and sharing the passion exemplified by Jones, who spent 50 years on the Churchill Downs board, including eight as chairman during the iconic track’s resurgence. Warner Jones – the only breeder of a Kentucky Derby, Kentucky Oaks and Breeders’ Cup winner – was the inaugural award winner in 1988, six years before his death.

“It is incredibly special and humbling to be honored with this prestigious award that honors a horseman I greatly admired,” Huffman said.

Fresh off attending Western Kentucky University and the University of Louisville, Huffman intended to follow in the footsteps of his late father, trainer William G. “Blackie” Huffman. But after working for three years as assistant trainer to his father, the Louisville-native opted to accept an administrative position in the Ellis Park racing office in 1990 at his father’s urging. The rest, as they say, is history.

Huffman was named Racing Secretary and Director of Racing at his hometown Churchill Downs Racetrack in 2006, and was promoted to Vice President of Racing for the Louisville racetrack in 2019.

In addition to his vital roles at Churchill Downs and Keeneland, Huffman serves on the American Graded Stakes Committee and Breeders’ Cup Selection Panel.

Huffman resides in Crestwood, Ky. with his wife Christi. Their two daughters are Abbey and Annie.

The Kentucky Thoroughbred Owners is an educational and social organization dedicated to the betterment of racing in the state. Membership is open not only to owners, but anyone interested in the sport, including prospective owners. 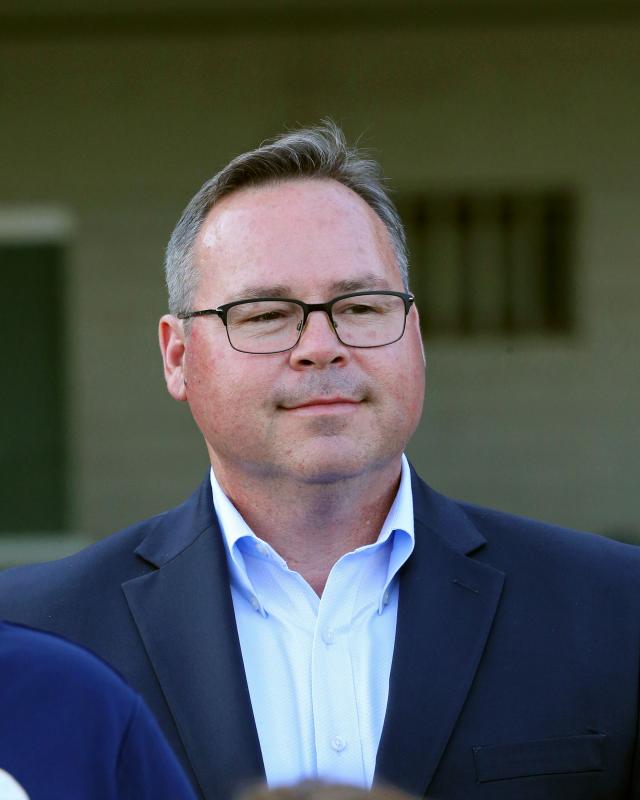