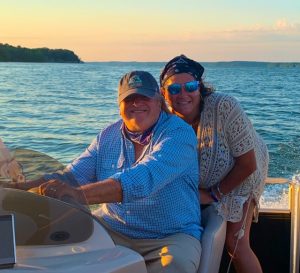 Here’s our looks at the Saturday races at Ellis Park:

1st: 2-6/3-7/4/1A-5-1…The ole’ lid-lifter at the “Pea Patch” is a 5.5-furlong event over the main track. I go with Jamaican Traffic (2). This 2YO daughter of Cross Traffic is coming off a 2nd in a similar event here on July 30. Faltered in the late going in that one, but was in the hunt at his distance. Trainer is whipping a 1-for-23 rate so far this meet, and the rider is even cooler at 1-for-31. Hmmm. Nobody’s Secret (6) gets a new rider for this effort, and drops in class from the MSW level to the MCL ranks for the first time. The barn wins with .10% of those kind and with .08% when adding blinkers to the mix for the first time, too. Should push the early going. Barn is 1-for-19 here this meet, but does have 4 seconds and 5 more thirds. Hunting. If you dare to go with me, I bet the 6 across the board and then key the 6 over/under all the numbers listed. Take note.

2nd: 4-3/3-1/5…Flash Magic (4) is the pick here. This 3YO daughter of Pioneerof the Nile certainly has the breeding bragging rights and goes for a barn that just set the NA record for most wins. Picks up a new rider for this one and will switch from “The Spa” to the “Pea Patch.” That’s quite a change in its’ own right. Won at CD just two races ago in superior fashion. Looks like this one could be the real deal. My first “Key Play of the Day” right here. I bet the 4 to win & place and then key the 4 over/under all the numbers listed. I will hit the 4-3 exacta box solidly, too. Solid. Ly.

3rd: 6-5/2-4-1/3…Englander (6) got the experiment treatment last time out, trying the turf for the first time. That didn’t pan out exactly. Now, returns to the dirt. Ran very well over a wet-fast track at Churchill Downs two races ago and was claimed off a solid effort at Oaklawn Park two races ago. At this price tag, this one has been solid in the past. Looks well suited to face these types. Rider is a bit chilly, but I stick. Brother Aaron (5) has hit the board in the last four outings for an iceberg-cold trainer. But this may be the week the barn starts to light it back up, a bit. This one nearly pulled off the win last time out and has the speed to stay close or the versatility to rally late. Threat. I bet the 6 to win/place/show and then box the 6-5 in the exactas. I will key those two over/under the 2-4-1-3 in two smaller units.

4th: 3-2/4-5-1/6…This is the first turf event of the day and will be contested at the specialty sprint distance of 5.5-furlongs. I go with Robo Man (3) in this spot. This one is even-money in the Brisnet.com ML, and, IMO, should be. Has raced three times so far in the career. Has a win and two seconds. Tried the grass here for the first time last outing. Headed at the wire in the last jump as the odds-on favorite. Barn wins with .28% when returning as a beaten favorite, and with .36% when making the 2nd grass start. Broke the maiden just two back at CD by 81/2 lengths. Look out. My second “Key Play of the Day.”  I bet the 3 to win/place/show and then box the 3-2 in the exactas. I key the 3 over/under all the numbers listed in two smaller units.

5th: 7-8/4-2-3/6…Page One (7) gets my checkmark here. This 2YO son of Practical Joke will make the career debut for the barn of Brad Cox. Trainer winning at a .30% clip here this meet after the first 47 starts. Sire wins with .37% of first timers right now, too. Dam has 3 winners from 3 starters. Looks very promising here with a very hot rider in the saddle. My pick. Woodline (8) is another from Team Asmussen who will be traveling to the “Pea Patch” and now “The Spa” here. Drops in class and lands in a nice spot here. Dam of this one was a Stakes winner and the sire may be one of the hottest in the land. Sharp work at Monmouth Park on Aug. 14. Will be a tough out. I bet the 7-8 across the board and then box these two in the exactas. I will key the 7-8 over (only) the rest of the numbers in a smaller unit.

6th: 2-6/4-1-5-7/3/8…Candy Jar (2) is something that you don’t want to get your hand stuck in, but you may want to get stuck wagering on. This 3YO Candy Ride filly has not won, yet, in 7 previous tries. But? Does have 4 seconds on the ledger. Last time out, this one just missed at the wire when getting the blinkers for the first time. Barn is having a very nice meeting and the rider is doing very well, too. Solid team looks very formidable in this spot. Social chatter (6) goes from the dirt to the turf here after the last outing was rained off the sod. The career debut was on the grass and this one nearly pulled the win. Should appreciate the return of the rider and the retreat to the grass, again. Looks like this one will be coming late and will need racing room. Look out at the wire. I bet the 2 to win/place/show and then box the 2-6 in the exactas. I will key the 2-6 over/under the 4-1-5-7-3 in two smaller units.

7th: 7-1-2/3/5-4…Hypernova (7) has a little bit of trouble finishing what she starts. Has back up in each of the last two outings when going this flat 1-mnile distance. But she may carve out the speed herself and if the jockey can throttle down the early digits, then she will be a handful to catch. Trainer has won with .20% of 369 starts this year. And, this one has a 1-1-1 mark in three starts at this distance. Will be tough to run down late. Tellmeonasunday (1) will make her first start for the new barn operation, and it wins with .07% on first efforts. has worked well for the return and 2021 debut. Barn wins with .11% coming off the bench. Gets the meet’s top rider in the irons, but he is 0-for-7 for this trainer. Hmm. Palm Cottage (2) is the ML favorite, and has to be considered. This daughter of American Pharoah cost $575,000 to purchase at the 2019 KEE September Yearling Sale. Won on debut here on July 3. Came from off the pace to capture that one. Rider moves to the #1 here, though. Interesting. The runner-up in the last race came right back to win the next outing. Barn wins with .26% when moving up to face winners for the first time. I bet the 7-2 across the board and then box the top 3 in the exactas. I will key the top 3 over/under the 3 in two smaller units.

8th: 4-7-2/(13)-9-6-3/8-10-12/(15)-(16)…The race day finale is a 5.5-furlong grass event and will feature some nice pedigrees for the 2YO fillies. I will saddle up with Royal County (4), who comes into this one off two nice turf races in a row. Looked like a winner here on July 18. Caught nearing the wire of that sprint. In two tries at this distance, this one has a second and a third now. Works good and this trainer is carving out a nice niche in the 2YO marketplace. Real threat. Super Hoity Toity (7) cost $550,000 to purchase at a 2YO sale earlier this year. Will make the debut here after training lights out here. Gets a top grass rider in the irons and looks like she could be a tough out with a clean break. Trobairitz (2) is another first timer and my first “Longshot Special of the Day.” This one is 10-1 in the ML and could scoot up the odds board. Works are very nice and the breeding suits. Dam has thrown a turf winner from 7 starters. Six winners and a Stakes winner. Maybe? I bet the 4-7 across the board and then box the top 3 in the exactas. I will key the top 3 numbers over/under the 13-9-6 in two smaller units and the 4-7 over/under the 13-9-6-3-8-10 in two more smaller units.