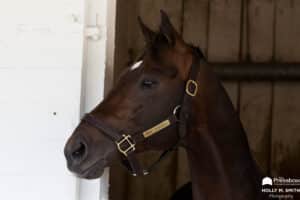 Red Oak Stable and Madaket Stables’ dual Grade 1-winner Mind Control will attempt to go out on top when he takes on a field consisting of three other Grade 1 winners in Saturday’s Grade 1, $750,000 Cigar Mile Handicap for 3-year-olds and upward at Aqueduct Racetrack.

Mind Control, conditioned by Hall of Famer Todd Pletcher, has garnered seven graded stakes victories, reaching that pinnacle every year since 2018 while boasting a record of 28-11-3-6 and field best earnings of $1,773,334. Never out of the money in seven starts at the Big A, he captured the Jerome and Grade 3 Bay Shore in 2019 before conquering the Grade 3 Toboggan and Grade 3 Tom Fool Handicap the following year for trainer Gregg Sacco.

A winner of Saratoga Race Course’s Grade 1 Hopeful as a juvenile and Grade 1 H. Allen Jerkens Memorial as a sophomore, Mind Control was transferred to Pletcher’s barn last summer and made his first start a winning one, capturing the Grade 2 John A. Nerud at Belmont Park over Grade 1-winner and Big Sandy specialist Firenze Fire.

Two starts later, he defeated another Grade 1-winner in Met Mile hero Silver State in the Parx Dirt Mile last September, where he ran a career-best 104 Beyer Speed Figure. He matched this figure with a hard-fought win over Grade 1-winning multimillionaire Hot Rod Charlie in the Grade 3 Salvator Mile on June 18 at Monmouth Park. He enters off a repeat triumph in the Parx Dirt Mile, which he won this year via disqualification over Far Mo Power.

Mind Control is by 2012 Cigar Mile winner and Pletcher alumnus Stay Thirsty. A victory would make them the first father-son pair to capture the final Grade 1 on the NYRA circuit since inaugural 1988 winner Forty Niner produced 1996 winner Gold Fever.

“He’s been a great horse for us and accomplished a lot before he even came to us, but he’s been a real neat horse to be around,” said Pletcher, who seeks a record-extending sixth Cigar Mile victory. “He enjoys his job and has always liked Aqueduct. We were looking at possible options and thought coming into the Cigar Mile fresh was the right way to approach it. Physically, there are some similarities between him and his sire. They both ran well at two, three, four and in Mind Control’s case beyond that. He just keeps going.”

Rick Sacco, racing manager for Red Oak Stable, confirmed that the Cigar Mile will be Mind Control’s final career start before heading off to a stallion career.

“I think the horse has proven everything that a horse can do. At two, three, four, five and six, he’s won a graded stake every year he’s run. He’s won from six furlongs to a mile,” Sacco said. “It would be a great sendoff for the horse. We’re looking forward to it. He’s been such a fun horse to be around. He loves NYRA, he obviously loves Aqueduct. He loves Saratoga, too, and some other tracks. All the feedback from Todd the past few weeks has been awesome. He loves the way he’s been doing. He’s happy and energetic and Todd’s team is very pleased.”

Sacco said giving Mind Control time in between races was by design, citing the quick turnaround from a third-place effort in the nine-furlong Grade 2 Charles Town Classic on August 26 into the September 24 Parx Dirt Mile.

“He broke badly that day, but he ran a really credible third. The distance was a little out of his realm, but it was credible,” Sacco said. “We wheeled back to the Parx Mile because of the success he had the previous year and those were two quick races less than a month back. So, the idea was to give him all the time for a Grade 1 over a track that he loves and a distance that he’s awesome at. It all made sense. The timing more than anything was key. He runs really well fresh, and he loves the surface at Aqueduct.”

A stud deal will likely be finalized in the days following the Cigar Mile according to Sacco, who noted the popularity of Mind Control’s close relative King for a Day – a fairly new addition to the stallion roster at Irish Hill and DutchessViews Farm.

“We’ll probably make an announcement a couple days after his last start,” Sacco said. “King for a Day is in his immediate family and he has bred 150 mares over the past two years. He’s been really popular in New York.”

Breaking from the outermost post 7, Mind Control will carry 122 pounds under Hall of Famer John Velazquez, who has piloted the bay horse to six of his graded stakes triumphs.

A dozen 3-year-olds have bested elders in the Cigar Mile throughout its 34-year-history. This year will see a pair of Grade 1-winning Triple Crown alumni seek to add to those numbers with Jeff Drown’s Zandon and C Two Racing Stable and Antonio Pagnano’s White Abarrio.

Trained by four-time Eclipse Award-winner and dual Cigar Mile winner Chad Brown, Zandon has never finished out of the money in eight lifetime starts and enters Saturday’s test off a late-closing runner-up effort in the Grade 1 Pennsylvania Derby on September 24 at Parx Racing.

A triumph in the Grade 1 Blue Grass on April 9 at Keeneland made the son of third-crop sire Upstart one of the favorites heading into the Grade 1 Kentucky Derby on May 7 at Churchill Downs. He battled down the stretch to the outside of lukewarm favorite Epicenter and was passed up by the inside rally of 80-1 upset winner Rich Strike to finish third.

Zandon followed up at Saratoga Race Course with a respective second and third behind Epicenter in the Grade 2 Jim Dandy on July 30 and Grade 1 Runhappy Travers on August 27. The Cigar Mile will be his first start going one turn since a debut victory going six furlongs last October at Belmont Park.

Breaking from post 2, Joel Rosario will be in pursuit of his first Cigar Mile coup when piloting Zandon, who carries 120 pounds.

Trainer Saffie Joseph, Jr. will send out White Abarrio, winner of the Grade 1 Florida Derby on April 2 at Gulfstream Park.

Prior to his Florida Derby victory, the gray or roan son of Race Day captured the Grade 3 Holy Bull on February 5 at the South Florida oval, defeating graded stakes winner Simplification and eventual Grade 1 Belmont Stakes presented by NYRA Bets winner Mo Donegal. He finished 16th in the Kentucky Derby, seven weeks before running second in the Grade 3 Ohio Derby at Thistledown where he was beaten one length by Kentucky Derby seventh-place finisher Tawny Port.

The Cigar Mile will be White Abarrio’s first start going a one-turn mile since last October, when he defeated winners in an optional claimer at Gulfstream Park.

“He’s training well. We’re cutting him back to a one-turn mile in here, which will suit him great,” Joseph, Jr. said. “He has tactical speed and he’s going to stay the distance strong, so I don’t think there’s any question or concern. He ran it once already and won in an allowance race. Obviously, he’s going to face deeper quality, but I’m excited about the distance.”

Joseph, Jr. said a strong effort from White Abarrio could warrant a start in the Grade 1, $3 million Pegasus World Cup Invitational on January 28 at Gulfstream Park.

“It would make us consider it, but we aren’t thinking that far ahead,” Joseph, Jr. said. “If he were to win very impressively, we may consider sticking to one turn, but the Pegasus is right around the corner and a lot of the good horses have retired. That has us rise up a bit by default, almost.”

Irad Ortiz, Jr., who is currently tied with the late Garrett Gomez for most stakes wins in a single North American season with 76, will attempt to secure the landmark outright when he guides White Abarrio for the first time from post 3. He will carry 118 pounds.

The 4-year-old son of Orb was victorious two starts back going six furlongs on October 1 at Churchill Downs, which was his first start since a third-place finish in the Grade 3 Commonwealth in April, contested over a sloppy and sealed Keeneland main track. The October victory prompted Foley to try the Breeders’ Cup, where he was last-of-11 early on before making a late run to finish a willing fifth.

“He ended up having a little hiccup after the Commonwealth so we gave him some time off,” Foley said. “I thought he ran a great race in his comeback at Churchill in October. After that race we knew the Breeders’ Cup was just down the road at Keeneland and thought the Sprint would fit him best. We came with our run and only got beat 3 1/2 lengths for all of it. I think the distance in the Cigar Mile should suit him a little better.”

Jose Ortiz will pick up the mount from post 5.

Gary Barber’s Get Her Number will ship from Southern California in pursuit of his first Grade 1 victory since capturing the 2020 American Pharoah at Santa Anita for trainer Peter Miller.

The 4-year-old son of Dialed In will be making a quick turnaround from a November 20 victory going six furlongs at Del Mar. Get Her Number, a five-time winner, was second in the Grade 1 Bing Crosby on July 30 at Del Mar, where he registered a career-best 101 Beyer Speed Figure.

Two-time Cigar Mile winning rider Luis Saez picks up the mount aboard Get Her Number, who will carry 120 pounds while breaking from post 4.

Owned by Cash and Lola Cash, Double Crown, by Bourbon Courage, was an upset winner of the Grade 2 Kelso last out on October 29 at Belmont at the Big A, running down seven-time winner Baby Yoda in the final strides to the wire. The victory was his first at stakes level since winning Gulfstream Park’s Carry Back in July 2020 for former trainer Kathy Ritvo.

Built Wright Stable’s Outlier will seek his fourth victory this year and first since June 2, when winning a one-mile optional claimer at Penn National in wire-to-wire fashion.

The Cigar Mile honors Allen Paulson’s all-time great, who from 1994-96 equaled 1948 Triple Crown winner Citation’s modern-day North American record of 16 consecutive victories, a record which has since been broken by Peppers Pride, Hall of Famer Zenyatta and Rapid Redux. Cigar’s win streak included victories in the Breeder’s Cup Classic, Donn Handicap, Hollywood Gold Cup, Woodward, Jockey Club Gold Cup, Oaklawn Handicap, and Pimlico Special. Trained by Hall of Famer Bill Mott and ridden primarily by Hall of Fame jockey Jerry Bailey, Cigar retired with nearly $10 million in lifetime earnings and resided at the Kentucky Horse Park upon his retirement until passing in 2014. He was inducted into the National Museum of Racing and Hall of Fame in 2002.

America’s Day at the Races will present live coverage and analysis of the Aqueduct fall meet on the networks of FOX Sports. For the broadcast schedule and channel finder, visit https://www.nyra.com/aqueduct/racing/tv-schedule.