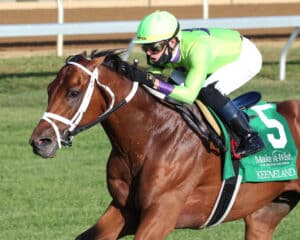 Hooties Racing and WSS Racing’s Mr Dumas took command down the stretch and scored a 2¼-length victory in the featured $78,000 Lane’s End Purse for 3-year-olds and up Thursday afternoon at Keeneland. (Click here for a replay of the race.)

Trained by Mike Maker and ridden by Tyler Gaffalione, Mr Dumas covered the 1 1/16 miles on a firm turf course in 1:40.50.

A Keeneland sales graduate who was bred in Kentucky by Ramspring Farm, Mr Dumas is a 4-year-old son of Majesticperfection out of the More Than Ready mare Ready Love.

Mr Dumas gave Maker one of his three wins on the day’s card. He also won the first race with Victory Boulevard (who paid $7.20 for the victory) and the third race with Miss Eau de Vie ($14).

Racing continues Friday with a 10-race program beginning at 1:05 p.m. ET. The featured ninth race at 5:30 p.m. is the 24th running of the $150,000 Buffalo Trace Franklin County (G3) for fillies and mares going 5½ furlongs on the grass. Among the 12 entrants in the stakes is millionaire Got Stormy, the 6-5 morning-line favorite.

Other action on Thursday, though the eye and lens of Coady Photography: 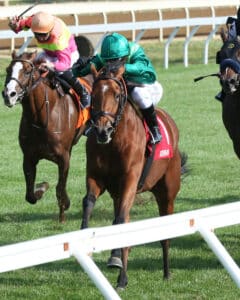 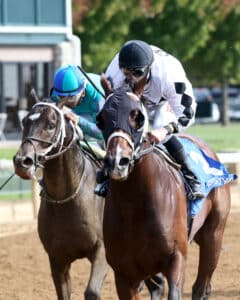 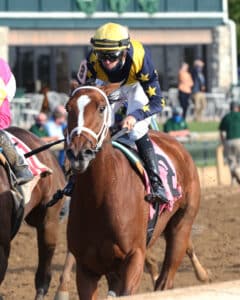