Notes & Quotes From the G2 Kelso Stakes: Life Is Good

Notes & Quotes From the G2 Kelso Stakes: Life Is Good 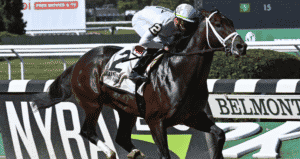 CHC Inc. and WinStar Farm’s talented sophomore Life Is Good displayed his natural capabilities while backing up his heavy 1-9 favoritism with a 5 ½-length score in Saturday’s Grade 2, $300,000 Kelso Handicap going a one-turn mile over the Belmont Park main track.

Trained by Hall of Famer Todd Pletcher, Life Is Good, a bay son of Into Mischief, was facing older horses for the first time in the Kelso. He arrived off a game runner-up finish in the Grade 1 H. Allen Jerkens Memorial on August 28 at Saratoga Race Course, where he battled down the stretch with Jackie’s Warrior, coming up a neck shy of victory. Life Is Good resumed his winning ways on Saturday, commanding the field through every point of call and strolled home in hand under Irad Ortiz, Jr.

“He’s been training super and we were looking forward to getting him going again,” Pletcher said. “I thought he was very impressive.”

Pletcher said he left the trip in the capable hands of Ortiz, Jr.

“We weren’t going to send him away from there, but it looked on paper like he was the main speed,” Pletcher said. “What we were focused on was getting him to settle a little bit, stay on the rail and relax. I thought he did that beautifully today. He asked him to run a little bit at the top of the stretch and wrapped up on him late. He galloped out well.”

Pletcher said a start in the Grade 1, $2 million Breeders’ Cup Dirt Mile in November at Del Mar will likely be in the works.

“That’s what we had talked about prior to this race,” Pletcher said. “I’ll assess how he comes out of it and talk to the connections.”

“He’s a nice horse,” Ortiz, Jr. said. “He went fast and kept going. He did everything smooth and easy. As soon as I asked him, he took off. He responded really well.”