Oaklawn Park News: Willis Horton May Be Able to Celebrate Another Birthday Soon

Oaklawn Park News: Willis Horton May Be Able to Celebrate Another Birthday Soon 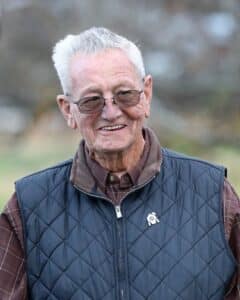 Prominent Arkansas owner Willis Horton won the 2021 Oaklawn Handicap on his 81st birthday. Horton may have an opportunity to celebrate again in 2022 with Last Samurai, who recorded his biggest career victory to date in Saturday’s inaugural $150,000 Poinsettia Stakes for 3-year-olds at 1 1/16 miles.

Ridden by Jon Court, a Horton favorite, Last Samurai ($10.20) edged 2021 Arkansas Derby winner Super Stock by three-quarters of a length in a meet-best 1:43.70 over a fast track. The Poinsettia was among four stakes races Oaklawn created in December to accommodate its earliest opening in history, and the last chance for Last Samurai to compete on a big stage against 3-year-olds.

“Well, I mean, he’s turning 4 here pretty soon,” Fair Grounds-based trainer Dallas Stewart said by phone moments after winning the Poinsettia. “Just going to take our time with him. The main goal with him would be the Oaklawn Handicap.”

Like Super Stock, Last Samurai was making his first start at Oaklawn since last April’s Arkansas Derby. Last Samurai finished a non-threatening fifth. The Malibu Moon colt also finished fifth behind champion Essential Quality in the $750,000 Southwest Stakes (G3) last February, Oaklawn’s second of four Kentucky Derby points races. Last Samurai was exiting races longer in advance of the Poinsettia, including a runner-up finish in the $200,000 Greenwood Cup Stakes (G3) Sept. 25 at Parx (1 ½ miles) and a troubled third in a Nov. 6 allowance event at Churchill Downs (1 ¼ miles). He was an allowance winner at 1 1/8 miles on the turf Aug. 10 at Colonial Downs.

“Listen, he’s a 3-year-old running against 3-year-olds,” Stewart said. “It’s a two-turn race. I don’t know if he knows the difference between a mile and a sixteenth and a mile and an eighth.”

Last Samurai’s first career stakes victory, and third in 12 starts overall, pushed his career earnings to $312,744. Horton purchased the colt for $175,000 at the 2020 OBS March sale of 2-year-olds in training. Last Samurai received a preliminary Beyer Speed Figure of 95, a career high, for his Poinsettia victory.

“I think he’s going to be a real nice 4-year-old,” Stewart said. “It’s nice that Oaklawn’s running in December. Good opportunity to run horses. I really appreciate the meet here, being in December. We’ve got some nice horses to run there.”

Stewart made an 11th-hour decision to split his stable, initially sending a handful of runners to Oaklawn for the expanded 2021-2022 meeting that began Dec. 3. In addition to Last Samurai, millionaire Grade 2 winner Long Range Toddy and Curly Tail, a 2-year-old son of two-time Horse of the Year Curlin, are on the grounds for Stewart. Horton also owns Long Range Toddy and Curly Tail.

Stewart said he will eventually have about 10 horses at Oaklawn, including “four or five” for Horton.

Stewart and Horton teamed to win two of Oaklawn’s biggest races for 3-year-old fillies last season, $200,000 Martha Washington Stakes and $300,000 Honeybee Stakes (G3), with Will’s Secret. Court was aboard for both victories, as well as Long Range Toddy in the first division of Oaklawn’s $750,000 Rebel Stakes (G2) for 3-year-olds in 2019.

“Dallas really wasn’t specific about instructions,” Court said. “He knows that I know the horse. But we go over just basically how he’s run before and how I’ve had success with him and we kind of went from there. But the owners have been really good and we communicate on how they would like to see the strategy turn out. It turned out very well today, especially when you end up in the winner’s circle.”

The Poinsettia was the 702nd career Oaklawn victory for Court (No. 6 all time) and 36th stakes triumph. Court was Oaklawn’s leading rider in 2000.

Stewart’s Oaklawn division is overseen by assistant Jade Cunningham, who worked as an exercise rider at last season’s meeting for Hall of Fame trainer D. Wayne Lukas. Stewart is a former Lukas assistant.

Steve Asmussen finished second in Saturday’s final two races, ending the Hall of Fame trainer’s streak of 15 racing days with at least one Oaklawn victory. The streak dated to April 16 of the 2021 meeting. Asmussen had a meet-high five victories through Saturday, Day 5 of the scheduled 66-day live meeting, in search of his 12th career Oaklawn training title. … John Hiraldo, a candidate for champion apprentice jockey of 2021, recorded his first career Oaklawn victory in Saturday’s fifth race aboard Substantial ($19.60) for trainer Chelsey Moysey and owner Lewis Mathews of Bismarck, Ark. … Owner/trainer Norman L. Cash swept Saturday’s early daily double, winning the first race with Love Nest ($17) and the second race with favored Beverly Park ($2.60). Both winners were for Cash’s Built Wright Stables, which topped the owner’s standings with four victories through Saturday. … Trainers Ron Moquett of Hot Springs and 2020 local champion Robertino Diodoro recorded doubles Saturday. Moquett won the sixth race with favored One Ten Stadium ($5.40), a 2-year-old Race Day gelding named for the address of the University of Arkansas’ Sigma Alpha Epsilon fraternity house, and the eighth race with Namesake ($16.40). Diodoro won the seventh race with Fact Finding ($32.80) and the 10th race with Luck of the Draw ($20.80). The doubles pushed career Oaklawn victory totals for Moquett and Diodoro to 279 and 242, respectively. … Beverly Park and One Ten Stadium provided David Cabrera with a riding double. … Trainer Rene Amescua, an Oaklawn newcomer, claimed Guest Suite out of Saturday’s seventh race for $80,000 on behalf of owner Tom Kagele. Guest Suite, previously claimed for $62,500 in October 2019 at Keeneland, won the first division of the $100,000 Fifth Season Stakes for older horses in 2020 at Oaklawn. Kagele claimed C Z Rocket for $40,000 at the 2020 Oaklawn meeting and the gelding developed into a millionaire multiple graded stakes-winning sprinter. C Z Rocket won Oaklawn’s $500,000 Count Fleet Sprint Handicap (G3) and $200,000 Hot Springs Stakes at the 2021 Oaklawn meeting. … Trainer Burl McBride won a 14-way shake, or blind draw, to claim Latin Casino out of Saturday’s third race for $20,000. … Post positions are to be drawn Monday for the inaugural $200,000 Tinsel Stakes at 1 1/8 miles Dec. 18. Expected entrants include millionaire multiple Grade 2 winner Lone Rock for Diodoro and millionaire multiple Grade 3 winner Warrior’s Charge for trainer Brad Cox. Both horses worked half-miles over a good track Saturday morning at Oaklawn, with Lone Rock going in :50.20 and Warrior’s Charge in :48.60.