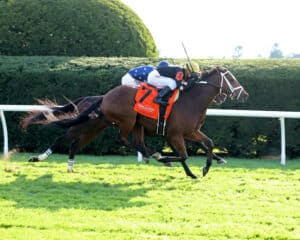 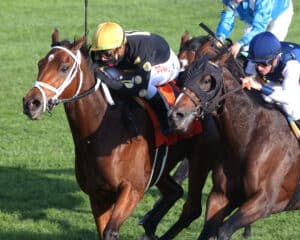 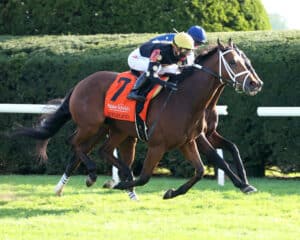 Paradise Farms Corp. and David Staudacher’s favored Malthael surged to the front at the eighth pole and outdueled Cibolian by a neck to win the $88,000 Gainesway Purse allowance for 3-year-olds and up Thursday afternoon. (Click here for a video of the race.)

Trained by Mike Maker and ridden by Tyler Gaffalione, Malthael covered the 1½ miles on a turf course labeled as good in 2:30.08. It was the third victory of the afternoon for Gaffalione and his seventh win in two days.