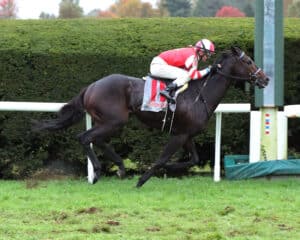 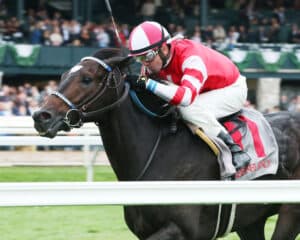 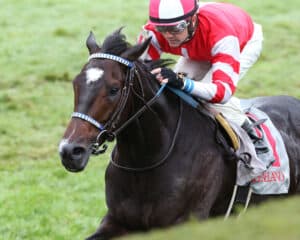 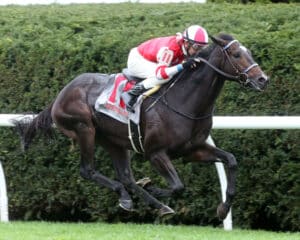 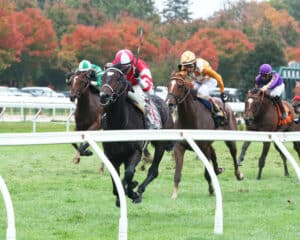 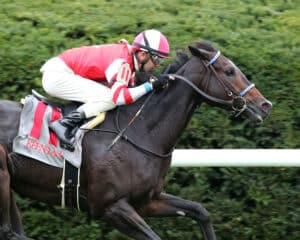 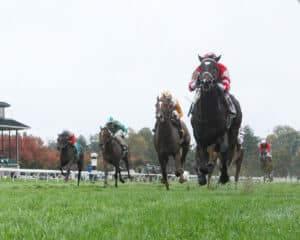 “I’m questioning why I hadn’t run him on the grass sooner. This horse has really come into form this fall, and I think turf’s definitely all the difference.”

“He won on the turf course similar to this early in the meet, opening day; it was pretty soft. My biggest concern was just being from the 11 hole, getting him out of there and getting him in good position under the wire the first time. Knowing the horse, he’s good enough – as long as he got his position early, we thought he was the best horse in the race and he was able to prove it today.”

“He ran really well. I was closer than I wanted to be, and then I dropped back a little bit in the first turn. He got into a good rhythm. He started running really good around the turn and I thought I could catch the winner but the winner just took off. I saved all the ground I could on the first turn but I couldn’t do anything other than go wide on the second turn.”

“It was a perfect trip. We followed the winner most of the way around; he quickened, and my horse just kind of stayed the same. The ground was getting to him a little bit. Nothing we can do about Mother Nature. With this kind of ground no one is going to go out there blistering, so I thought it would be a pretty even pace.”

“When you have a soft turf course, you always worry about the horse handling it and he handled it to an extent, but obviously the winner handled it a little bit better than us. He ran well, and we will send him down to Florida. We know he likes the Gulfstream turf course, so that’s our next stop.”