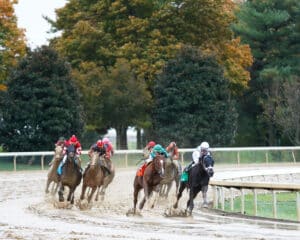 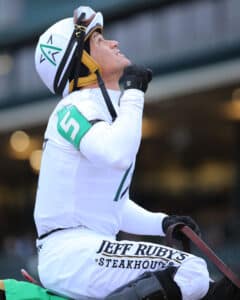 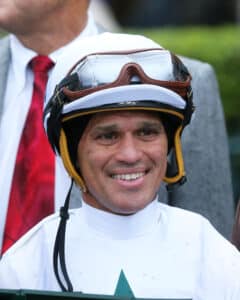 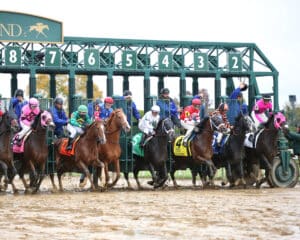 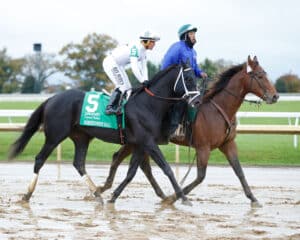 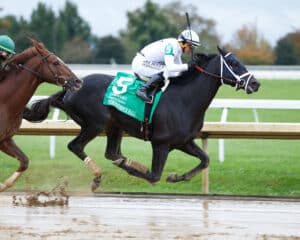 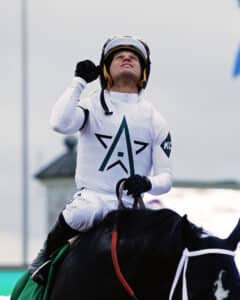 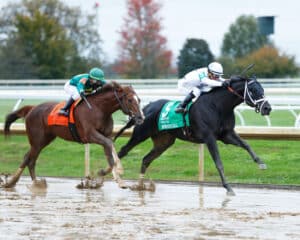 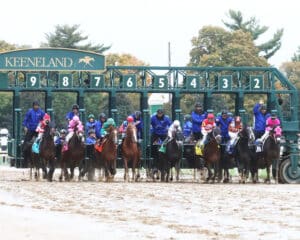 “Everything changed today from the way I handicapped the race (before Sleepy Eyes Todd was scratched). I didn’t see too much speed in the race. I made the adjustment myself (thinking) if you can put him in a good position, a forward position, he can carry himself all the way around the track. I think the key today was breaking good out of the gate.

“I didn’t see much speed, so (I wanted to) dictate the pace and go wire to wire. I had to encourage him a little bit (nearing the wire), but the more you ask him, the more he gives you. He’s a really nice horse. The slop helped a lot, too; he loved it, he splashed along and he carried himself. I’m very grateful, very thankful to be here and to be on him. I really appreciate the opportunity.”

“With the scratch of Sleepy Eyes Todd this morning, he was probably the next logical speed in the race. I thought (Independence Hall) would be there or would be close if he got a nice clean trip, which he did.”

“He broke extremely well and put himself in a great position. I was traveling very confidently around the turn, and when I gave him a squeeze to get the horse in front (Independence Hall), I just never got to him and he got away from me. With the way the main track has been playing, the inside has been really good and the speed has been a little favoring. That might have helped the other horse a little bit, but my horse put in a big effort.”

“We followed the winner and the second-place horse, and turning for home my horse surged. The one in front of us got to go pretty easy. They don’t come back to you when they go in :24 and change and :48 and change. (King Fury is) a 3-year-old, first time against older horses. You have to be proud of him. He ran a respectable third. (Last year’s Stonestreet Lexington-G3, which he won) was the same kind of race track as today. The front-runners just got away from us today.”

“He runs better when there’s a (faster) pace to run at. It was a good solid run for his first start against older horses. He’s always done everything right. We will probably come back in the Clark Handicap (G1, in November at Churchill Downs).