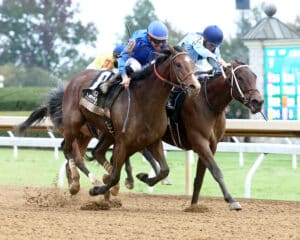 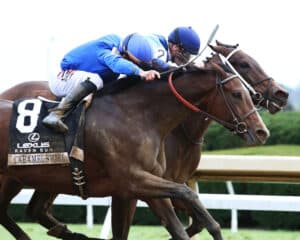 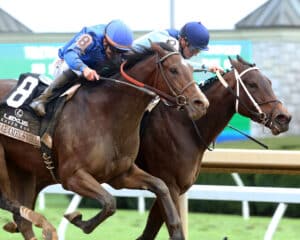 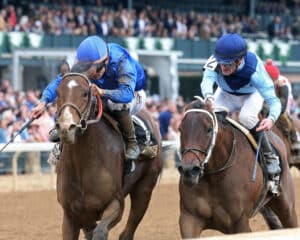 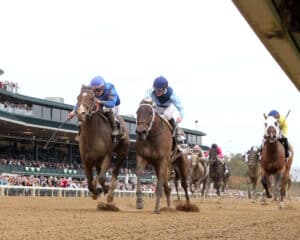 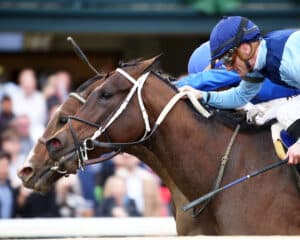 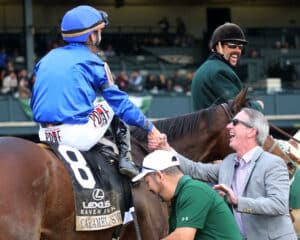 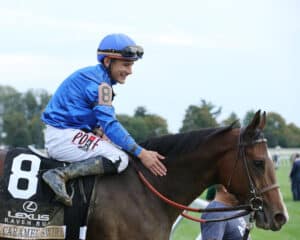 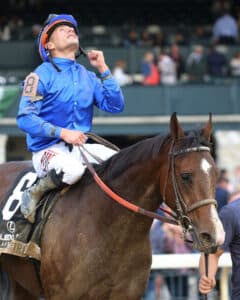 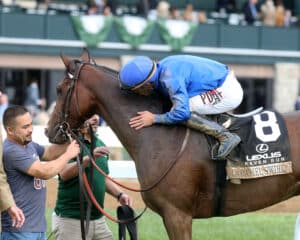 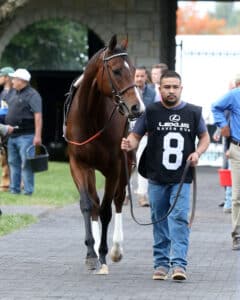 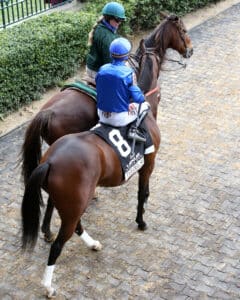 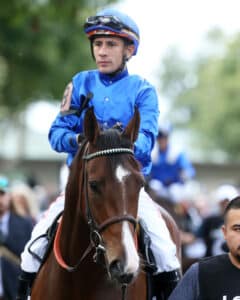 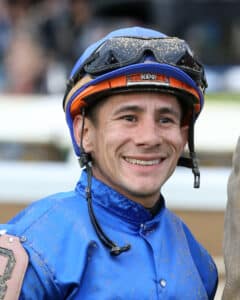 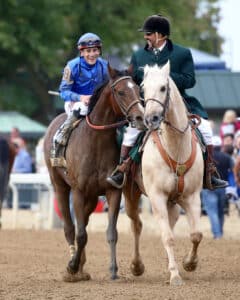 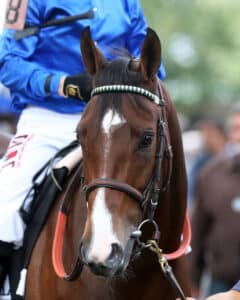 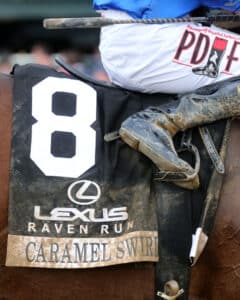 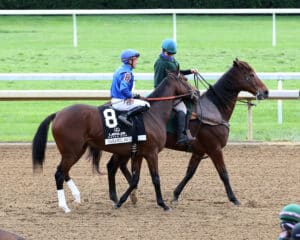 “She is just very honest. She’s a very classy filly. She does everything you need to do in the race. Today we were in a little tough spot on the backside, and I needed to get a little bit out of that spot because I wasn’t really comfortable there, and she helped me to get out of there. Then at the same time, when I decided to pick it up a little bit to stay in contention, she was there for me. Like I say, she just really makes my job easier.”

On outdueling Joy’s Rocket to her inside

“It was a great battle. They both are great fillies and neither of them wanted to lose the race. They were digging down to the wire.”

“It was a little tougher than when she won by 10 (lengths) to break her maiden here (in April), that was for sure, but obviously with the step up in company and class – (jockey) Junior (Alvarado) gave her a super ride. She showed true determination and grit and heart down the lane. Made it interesting, but we’re happy to be here in the Winner’s Circle.”

On Godolphin’s earning the Keeneland Tray in recognition of the operation’s eighth graded stakes win at Keeneland and receiving the Tray from his son, Keeneland Vice President of Racing Gatewood Bell

“Everything about it is special. Keeneland is special. Obviously, Sheikh Mohammed and Godolphin are very, very special, and seeing Gatewood over here, it’s very, very, very special. I’m kind of at a loss for words. But happy also that so many of our folks from the farm could be over here that have such a hand in raising these horses. This being another homebred, it’s just very special for the operation. Just very happy to be on the receiving end of things. Very appreciative.”

“I was pretty much in front of the winner through the whole straight. She got the bob at the wire. My filly ran a big race. She was traveling very good for me and when I got clear in the stretch, she took off. It was an unlucky bob at the end. The fractions were decent. We were traveling pretty easy.”

“I was actually closer to the pace than I expected. It just didn’t really develop the way I had planned. She was traveling comfortably coming into the stretch. I tried to wait as long as I could, knowing that the 7 furlongs was pushing it for her. She battled gamely for a very respectable third in this race, and I’m happy with the way she came back. I actually thought (the fractions) would be a little quicker. It seemed like there would be a little more speed on form, but it just didn’t develop.”