Photos, Notes & Quotes From the G2 TCA Stakes: Bell’s the One

Photos, Notes & Quotes From the G2 TCA Stakes: Bell’s the One 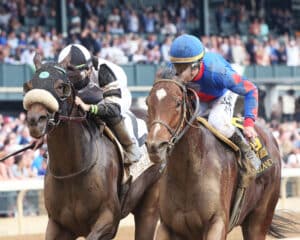 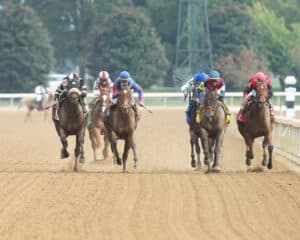 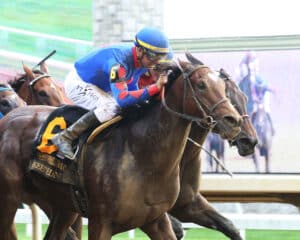 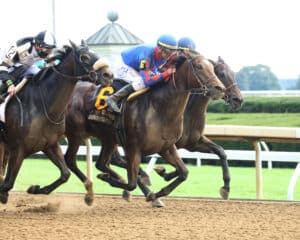 (Bell’s the One / All Photos by Coady Photography)

From the Keeneland Media Tam:

Neil Pessin (winning trainer of Bell’s the One)

“She’s one of the best mares, if not the best horse, I’ve ever had. The only thing I regret with her is she never gets the respect she deserves. Even in this race, people weren’t even picking her on top, which made absolutely zero sense to me. The Breeders’ Cup, they got CeCe picked in front of her on the program and I’ve beat her every time I’ve run against her. So I don’t what this mare has to do to earn respect, but she’s definitely got mine.”

“When I ride her, I just let her gather her feet underneath her and be comfortable wherever she needs to be. Today I actually tried to keep her a little closer because I was afraid if they got away from me I wouldn’t be able to make up the ground, going 6 furlongs, and she gives everything she’s got every time. I could tell from about the five-sixteenths pole, I’m in contention where, if she gives me her kick, I’m going to catch them. She has the fastest turn of foot (of any horse) I’ve ever been on.”

“It was a perfect trip. The only thing was she was a little more keen today with the addition of blinkers. She put herself more into the race and kind of made me wait a little bit longer than I wanted to when I was looking for room, but she put in a good run. Hats off to the winner – she’s a nice filly. When I got (Club Car) out, I thought I had her the whole way, but that filly just never quit.”