Editors Note: Ocassionally, we will feature a new “Perspectives” column, dedicating space for short local features on a range of topics. Sports, politics, current events, whatever is relevant, as submitted by our readers. If you have thoughts, concerns, opinions or just something to get off your chest, feel free to send us a word document of 500 words or less. We will review each and every one, posting those most relevant to our readership. You can submit to [email protected]

Today, we “break our maiden” with some perspective from a couple of regular Joe’s, who are actually very well versed in the local college sports scene.

Marty Driskell, a UL grad who is in management with UPS, shares his thoughts on Coach Cal and the current state of UK basketball. Marty is also my brother-in-law, although he won’t admit to it.

His son Brady, a recent graduate of WKU, is an account manager with i Heart Radio and also a rabid UK fan. Brady is much more well-rounded than his dad (just ask him), and shares his views on the upcoming UL roster. Brady is, as they say, a good boy.

Cals Cats v9: Set For Another Run (by Marty Driskell)

An interesting phenomenon has begun to take hold in Big Blue Nation the last couple of seasons. It’s likely been going on for years, but has taken hold on a much larger scale recently. It seems that every fan wants to compare every John Calipari team to another. Rather than letting a team or a season play itself out, we often view each game as a comparison to another Calipari team gone-by.

It seems that every Cal team can be placed into one of three categories. The first is the dominant Kentucky teams; the ones that began clicking in November, and only continued to roll throughout the year. 2010, 2012, and 2015 being shining examples of what the proper mix of McDonald’s All-American talent and veteran leadership can be.

The second category includes some less talented, but perhaps more memorable teams. The 2011, 2014 and 2017 groups struggled in January and February, only to make late season runs, each making its way deep into March.

The final group, the outliers, includes the 2013 and 2016 teams who struggled to put a consistent run together, due to injury in one case, and lack of production from a presumed star in another.

And it seems that each season, as Kentucky enters the SEC stretch, fans try to place the current team in one of these categories. The more positive fans painting each struggle as a learning experience before another miraculous 2014-like run. And the pessimistic fan hurrying to dismiss the current group as another 2013, NIT-bound squad.

However, to compare each season to one already played is to miss what made those seasons great in the first place. You saw freshmen make mistakes, then grow past them. In 2014, you saw a team that could hardly get a shot off against a horrible South Carolina team, begin to hit big shot after big shot all the way to the National Championship game. When constantly comparing and contrasting teams, you miss the growth of the one in front of you.

And there will be plenty of growth this season. This 2018 team, amazingly, figures to be Calipari’s youngest since coming to Lexington. The team’s leading returner in every statistical category, Wenyen Gabriel, played just four minutes in the season ending loss to North Carolina. When four minutes of an Elite Eight game is all you have returning, struggles and early season losses are inevitable.

But as always, talent eventually shows itself. These Cats will undoubtedly be younger than everyone they play. They will also be longer, taller, and more athletic. It’s not likely another team will be able to trot out a 6’4 shooting guard with a 6’11 wing span and one of the highest vertical jumps in NBA Draft combine history. Come March, I’ll take my chances with Hamidou Diallo’s athleticism over the experienced team on the other side.

Diallo will be accompanied at the guard positions by Quade Green, Shai Gilgeous-Alexander, and late pick up Jemarl Baker. Down low, Cal will have to sort through a log jam of post players. Nick Richards, Jarred Vanderbilt, P.J. Washington, and Kevin Knox will mix with Gabriel and Sacha Killeya-Jones to round out the starting five.

From a roster perspective, this is a complete team. There is depth at every position. There is length and athleticism. And there is seemingly the only coach in America that could successfully tie all that together in a group of freshmen.

There will be losses and frustratingly close wins over inferior opponents. There will be questionable shots taken, and turnovers committed. But, these mistakes and losses will decrease as the season goes on. Rest assured, there is enough talent on this team to win number 9. Enjoy the process of watching that talent develop.

And as it develops, don’t try to force this team into a category of being the next 2011 Final Four team, or the next 2015 juggernaut. Because doing that would simply cause you to miss out on a team that could very well be lifting up a trophy in San Antonio next April.

The Louisville basketball team finds itself in an interesting position heading into the 2017-2018 season. After losing Donovan Mitchell to the NBA Draft, there are some question marks surrounding this year’s team. Obviously Mitchell’s production and leadership will be missed; and it’s obviously disappointing for Louisville fans who were dreaming of a potential fourth National Championship with a junior Donovan Mitchell leading the way.

However, several key pieces return from a team that went 25-9, and tied for second in the ACC last season. Among those is senior point guard Quentin Snyder, a local product of Ballard High School, whose big-game heroics against Kentucky last year likely catapulted him into Cardinal lore. Deng Adel returns after showing flashes of brilliance late last season, particularly in a 17 point performance in a win over Syracuse. Adel tested the NBA Draft waters, but ultimately decided to return to Louisville. Ray Spalding and Anas Mahmoud return as well, providing obvious size and frontcourt depth, as well as the experience that comes from staying in the program as long as these two have.

And then there’s VJ King. King came into Louisville as quite possibly the most hyped recruit of the Pitino era. The McDonald’s All-American showed glimpses of the kind of skill and athleticism that earned him that distinction. However, to many Louisville fan’s frustration, the minutes just weren’t there for King to make much of a significant impact last season. A big shot or a highlight reel dunk was often followed by a defensive lapse, and then, the bench.

As frustrating as it can be for fans however, when a freshmen of King’s hype suffers through growing pains, it is completely normal. We forget in the era of the One-and-Done that most freshmen go through these exact struggles early in their career. And typically, most freshmen see the biggest year to year jump from their freshmen to sophomore year. So there is reason for optimism when it comes to hoping for more playing time, and ultimately, improved play for VJ King.

Because the thing is, King will have help. The aforementioned Snyder and Adel will obviously play huge roles, and that figures to be your “Big Three” for Louisville this year. But a couple of new impact freshmen will also be arriving for Rick Pitino. Rivals 27th ranked player, small forward Malik Williams could potentially provide a ton of assistance down low. Top 100 guard Darius Perry could provide relief for Quentin Snyder, and as an up-tempo guard, potentially provide some fast break points, which Louisville struggled to come up with at times last year.

All those pieces; the freshmen, Snyder and Adel at the guard positions, and Mahmoud and Spalding down low, combined with a significantly improved VJ King can compete for a title. There are good players at every position. But for Louisville to reach its full potential, King needs to be a star.

Louisville will be good regardless. An average season from King would still almost assuredly land Louisville another spot in the NCAA Tournament, and maybe even an appearance in the second weekend. But without some significant growth from King, Louisville will struggle to score. No Rick Pitino coached squad will struggle much defensively. But if King can make the leap, the offense might just match the defense. And in that scenario, Louisville is dangerous.

Looking at the roster, it’s clear that the pieces are there to potentially make another deep run in March. There is experience and depth. And in VJ King, there is potential star power. However, for Louisville to reach their full potential, this has to be King’s team. Spalding and Mahmoud will provide depth down low. Adel can score, and Snyder can facilitate. But late in games, and late in March, King has the ability to consistently hit big shots, and win games. How reliable he proves to be down the stretch, may well tell the story of how deep Louisville’s run will be this year. 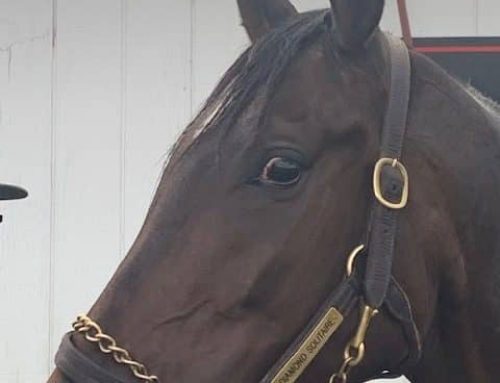 Why Do I Own Racehorses? A Very Simple Reason…I love It…I Love Them

Why Do I Own Racehorses? A Very Simple Reason…I love It…I Love Them 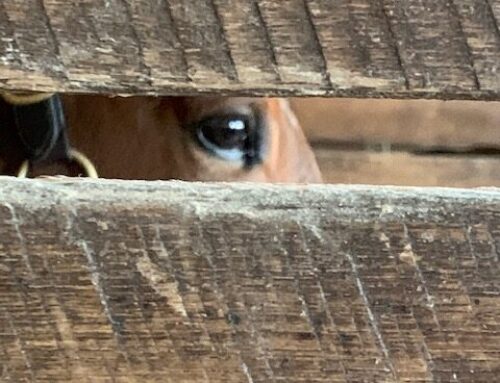 Why Do I Own a Racehorse? Or, Racehorses? Well…They Are Not Like Family…They Are Family…And, That’s The Way Love Goes

Why Do I Own a Racehorse? Or, Racehorses? Well…They Are Not Like Family…They Are Family…And, That’s The Way Love Goes 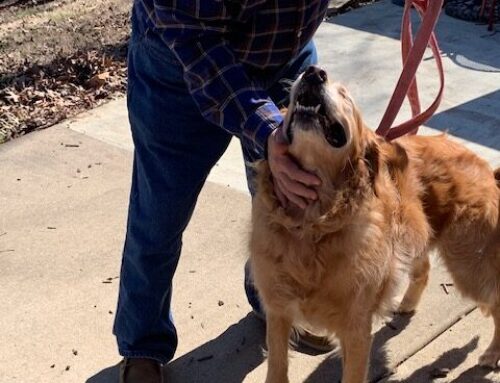 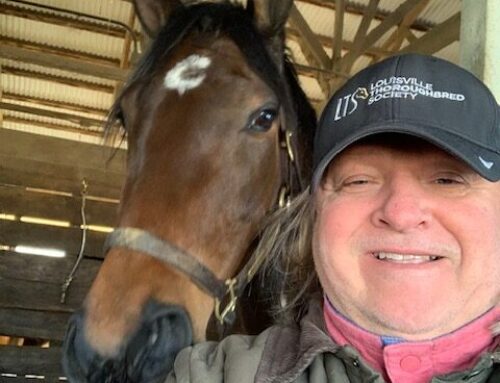 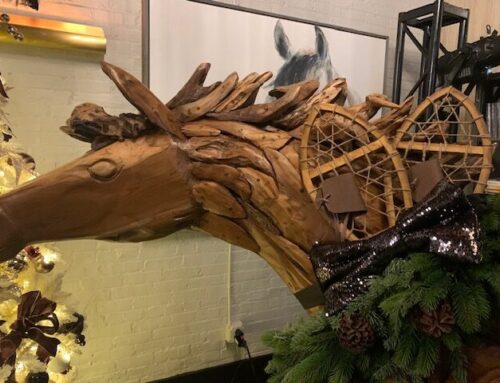 New Year’s Eve at the Louisville Thoroughbred Society: Oh What a Night

New Year’s Eve at the Louisville Thoroughbred Society: Oh What a Night 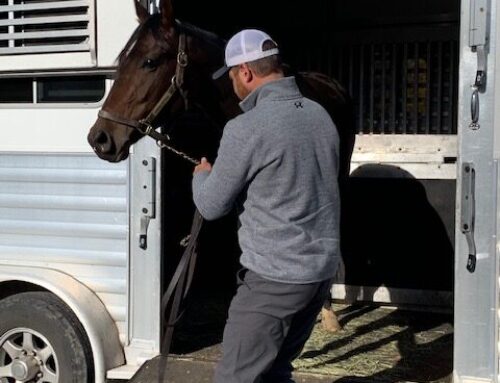 Why I Own a Racehorse? It Is Always Good to See Them “Home For the Holidays”

Why I Own a Racehorse? It Is Always Good to See Them “Home For the Holidays”

The Pressbox42 minutes ago
New post added at The Pressbox - Pegasus World Cup News: Joseph Has 3 Starters in $3 Million Invitational