Sleepy Eyes Todd To Stand As Stallion In Indiana

Sleepy Eyes Todd To Stand As Stallion In Indiana 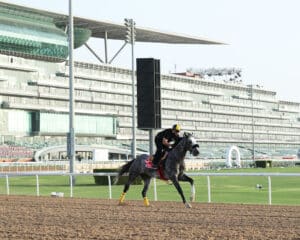 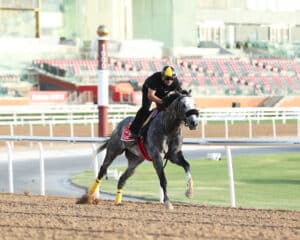 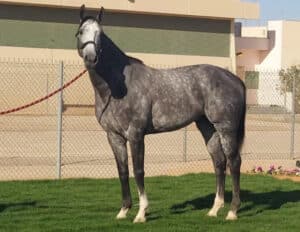 Thumbs Up Racing, LLC, and Indiana stallion farm Swifty Farms are excited to introduce Sleepy Eyes Todd to breeders in the Midwest and Kentucky for the 2022 breeding season.

After racing at nine different racetracks, 10 different states and two different countries, the five year old son of Paddy O’Prado is ready to set down some roots. The $2 million earning stallion arrived at the Seymour, Indiana, farm over the weekend and already has his owner, David Cobb, revved up for the prospects of his new chapter.

“(Indiana) is the perfect place for us, and I’m excited to get going with Sleepy’s stallion career,” says Cobb.

Lightly raced, the stallion retired sound and healthy. Cobb notes that after battling through some tough races, including the Gr1 Saudi Cup, where the big gray had to overcome trouble at the start and a big crowd to finish a fighting fourth, it was time to look at a cushier life as an exciting new stallion for Indiana.

“I could have taken him to a number of places, but I really do believe that regional breeding programs are the best game in town, and Indiana has a very strong program,” says Cobb. “I spoke with a number of Indiana connections, including Christine Cagle of Springcliff Farm and Jerri Harmon, Swifty’s new stallion manager, and it just felt right to bring him to Indiana.”

Both Cobb and Sleepy Eyes Todd’s longtime trainer, Miguel Silva, plans to breed their mares to the gray stallion to take advantage of the Indiana-sired program. “The biggest benefit to Indiana is the close proximity to Kentucky,” says Cobb. “And I believe that Kentucky breeders are looking for better bargains.”

Sleepy Eyes Todd finished his career with 20 starts, eight wins, three seconds and one third, and earnings totaling more than $2,051,000. Bred by Two Hearts Farm LLC and Kristen Goncharoff, he won the Gr3 Mr. Prospector Stakes going seven furlongs at Gulfstream Park. He followed up his win in the Gr2 Charles Town Classic Stakes with a win in the Lafayette Stakes, presented by Keeneland Select. He finished fourth in the Gr1 Pegasus World Cup Invitational Stakes, fifth in the Gr1 Saudi Cup and a game tenth in the Gr1 Dubai World Cup earlier this year.

“Sleepy has definitely shown that he is game enough to race on any track, any continent and any distance,” says Cobb. “That’s what I’m hoping Indiana breeders are looking for.”