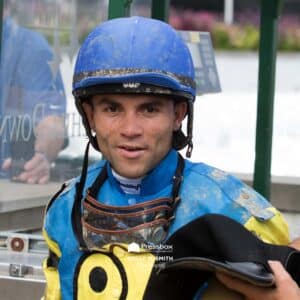 Scheduled as the eighth race on Friday’s 10-race program with a 5:10 p.m. ET post time, the Stoll Keenon Ogden Phoenix is a Breeders’ Cup Challenge race with the winner receiving a fees-paid berth into the $2 million Breeders’ Cup Sprint (G1) to be run Nov. 6 at Del Mar.

Trained by Mike Maker, Special Reserve has compiled a 6-4-2-0 record in 2021 and enters Friday’s race off a runner-up effort in the Alfred G. Vanderbilt (G1) at Saratoga on July 31. In his lone Keeneland start, Special Reserve was second in this spring’s Commonwealth (G3).

Joel Rosario, who was aboard in the Vanderbilt, has the mount Friday out of post position six.

Looming as the main threat to Special Reserve is Griffon Farms and trainer Michelle Lovell’s Just Might.

Winner of his past four starts, all coming in stakes, Just Might enters Friday’s race off dirt victories at Colonial Downs and most recently at Churchill Downs. Colby Hernandez has the mount from post four. 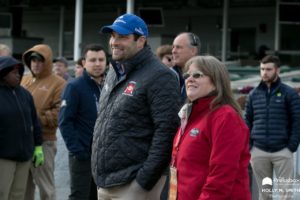 Cox is hoping for a repeat performance in a trio of upcoming Breeders’ Cup Challenge races, which provide the winners with a fees-paid berth into their respective races at Del Mar Nov. 5-6.

This year, he has Godolphin’s Matareya and Albaugh Family Stables’ Juju’s Map in the race.

“We have always thought highly of her,” Cox said of Matareya, who won her lone start by 4½ lengths at Ellis Park on Aug. 20. “Juju’s Map, I like her a lot. She is a little more seasoned than Matareya, and she has won at a mile (at Ellis Park).”

“He ran well at Kentucky Downs,” Cox said of Vivar, who won going a mile as the 1-2 favorite. “He finished well.”

Hoping to follow in Aunt Pearl’s footsteps for Cox is Dawn and Ike Thrash’s Turnerloose, who is being pointed to next Wednesday’s 1 1/16-mile JPMorgan Chase Jessamine (G2), a “Win and You’re In” race for the $1 million Juvenile Fillies Turf on Nov. 5.

“I like her a lot, too,” Cox said of Turnerloose, who has won twice going a mile with the latter score coming in the Aristocrat Juvenile Fillies (L) at Kentucky Downs on Sept. 6.

“She’s doing very well, and her last two works at Churchill Downs have been very good,” Cox said of Bonny South, who won the Baird Doubledogdare (G3) here in April. “We will see if she can close the gap on Letruska a little more.”

Bonny South has chased Letruska twice in 2021, finishing second by 2 ¾ lengths in the Ogden Phipps (G1) and in her most recent start was second by a half-length in the Personal Ensign (G1).

Sunrise Trackside. This free Saturday morning program is geared toward families and offers a unique view of Thoroughbreds during training hours. Children’s activities from 8-10 a.m. include a meet and greet with Keeneland mascot Buckles, along with face painting, games and more. Fans can purchase coffee and donuts while watching horses train. The Keeneland Track Kitchen at the east end of the stable area (with no track view) is open for breakfast that includes “grab and go” and seating options. A 30-minute Paddock demonstration by an equine-related organization takes place at 10 a.m. Mini tours will be available at the Welcome Stand in the Paddock.