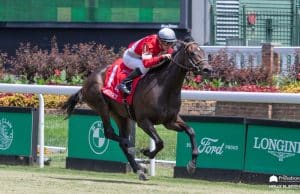 Trained by Ian Wilkes, Walkathon didn’t quite hit the ground running in her first four career outings, which were all contested over dirt. But the daughter of Twirling Candy displayed a strong turnaround in form when trying turf for the first time in her April 22 graduation at Keeneland.

Walkathon maintained her winning form on turf with a victory against winners on May 14 at Churchill Downs before taking the Grade 3 Regret three weeks later at the Louisville oval, recording a career-best 90 Beyer Speed Figure while besting McKulick, who exited that effort to win the Grade 1 Belmont Oaks Invitational.

“I freshened her up a little bit because she ran three times in six weeks,” Wilkes said. “She’s found a home there on the grass. She’s got a good way over the grass. She’s not a big filly, but she strides long. That filly came back and won the Belmont Oaks and looked good in doing it. She’s a nice filly and she’s in pretty good form as well.”

Walkathon is the first offspring out of the graded-stakes winning Stroll mare Walkabout, who did all of her running over the main track.

“Two different types of horses,” Wilkes said. “This filly is like the Energizer bunny. She has a high motor and just keeps on keeping on.”

Walkathon’s fourth dam is Hall of Famer Bayakoa, who was campaigned by the Whitham family to a dozen North American Grade 1 victories.

“The breeding operation and what the Whitham family has done is tremendous,” Wilkes said. “They only have about 8-to-10 broodmares but the quality of racehorses they keep producing is unbelievable.”

Breaking from post 4, Walkathon will be reunited with regular rider Julien Leparoux, who won the inaugural Saratoga Oaks in 2019 aboard Concrete Rose.

Klaravich Stables’ McKulick displayed her presumptive capability of excelling at longer distances when taking the 10-furlong Grade 1 Belmont Oaks Invitational on July 9, the first leg of the Caesars Turf Triple series for fillies.

The Chad Brown-trained filly will now attempt to keep her winning form afloat in the second leg of the series as one of three entrants for her four-time Eclipse Award-winning trainer.

One of two daughters of Frankel in the Saratoga Oaks, McKulick finished second in her seasonal debut in the Grade 2 Edgewood on May 6 at Churchill Downs before completing the exacta behind Walkathon in the Regret.

Brown will also saddle Little Red Feather Racing’s Oakhurst, who was a late closing second last out in the Wild Applause which was won by stablemate and next out Grade 3 Lake George runner-up Eminent Victor.

Oakhurst, a daughter of 2014 Belmont Derby winner Mr Speaker, broke her maiden at third asking in February over the all-weather surface at Gulfstream Park before capturing a first-level allowance over the Keeneland lawn two months later. She will stretch out in distance from the one-mile Wild Applause, which was her shortest contested distance to date.

Contemporary Art will make the jump up in class from maiden to graded stakes company for Brown. Owned and bred by celebrity chef Bobby Flay, the Dubawi filly finished a neck in arrears of Canisy at first asking on May 1 over Belmont’s Widener turf before breaking her maiden over the inner turf at Belmont on June 17. The 4 1/2-length victory garnered an 86 Beyer.

Returning rider Flavien Prat has the call from post 5.

Godolphin’s Irish homebred With The Moonlight will attempt to turn the tables on McKulick following a runner-up finish in the Belmont Oaks. The Frankel bay was second down the backstretch before gaining narrow command from pacesetter Cairo Memories approaching the top of the stretch. Leading the way down the lane, she was unable to ward off a late rally from McKulick in deep stretch, finishing 1 3/4 lengths behind the winner.

“Hopefully, she’ll settle a little more into the race,” said Appleby’s travelling assistant Chris Connett. “She jumped real handy last time and just was a little bit on the muscle going into the first turn and might have done just a little too much, but she still ran hard. If she can reproduce that, she should be right there.”

With The Moonlight is out of the stakes-winning Dubawi mare Sand Vixen and is a full-sister to Dream Castle, a Group 1 winner going nine furlongs on the turf.

William Buick will ship in to ride With The Moonlight, who leaves from post 3.

Rounding out the field is Marc Detampel and Fergus Galvin’s New Year’s Eve, who will seek to regain her winning form from the Edgewood two starts ago, which she won at 14-1 odds. The Kitten’s Joy chestnut was a distant eighth in the Belmont Oaks last out for trainer Brendan Walsh.

Sign Up
The Pressbox · 18 hours ago
@thepressboxlts
I swear, I’ve watched the Reds since 1962. There is no doubt. This year’s team is the absolute worst collection of players ever assembled, and managed even worse. @Reds
View on Twitter
1
8
The Pressbox · 21 hours ago
@thepressboxlts
Del Mar Moves Post Time to 3 P.M. PT on Friday - https://t.co/XbF8esrLHP https://t.co/U0Mcbql29k
View on Twitter 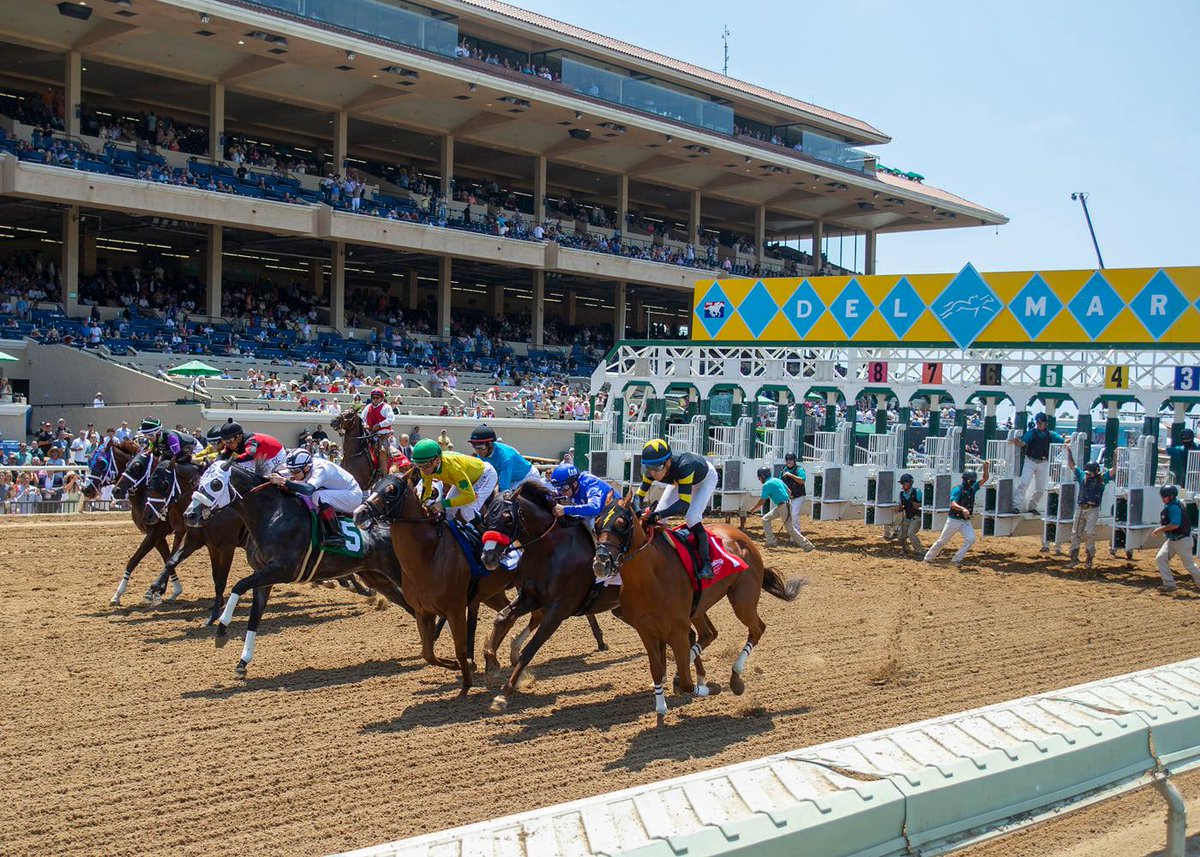 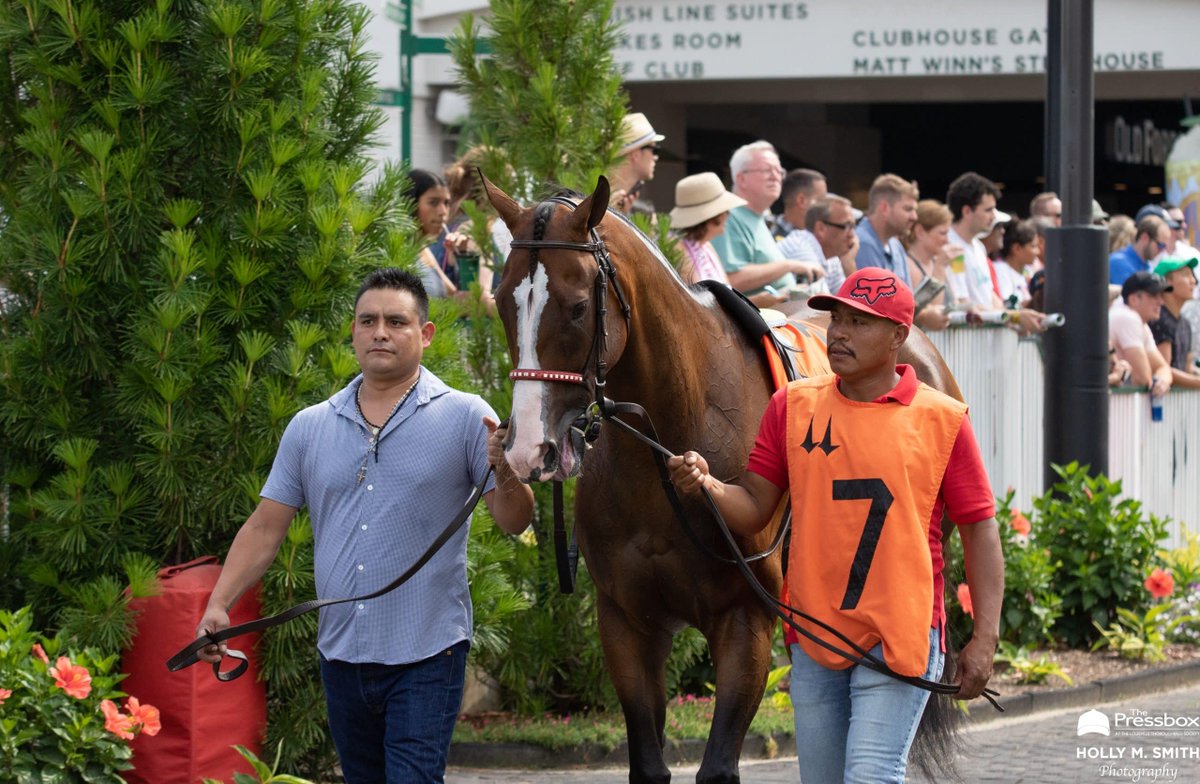 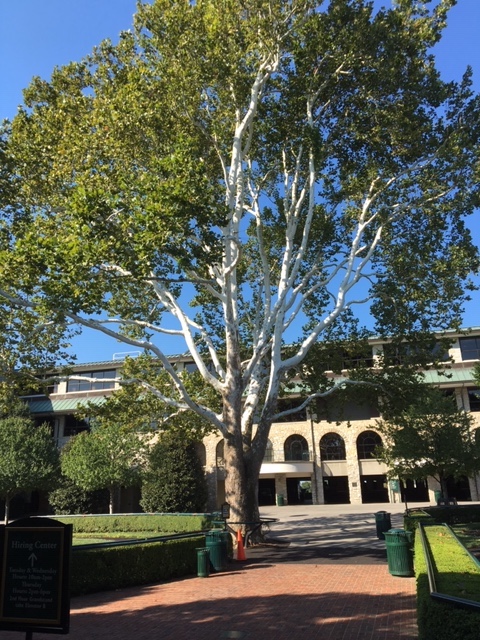