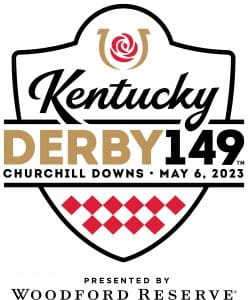 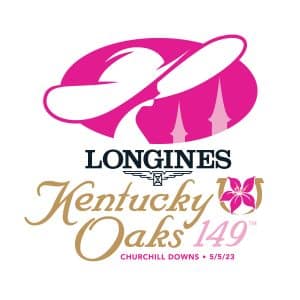 Churchill Downs Racetrack has unveiled the official logo for the 149th running of the Kentucky Derby presented by Woodford Reserve, and the event mark pays homage to a notable anniversary and salutes the victors of one of the most incredibly testing and rare feats in all of sports.

Highlighted by the Kentucky Derby’s iconic color palette of red, black, gold and white, the Kentucky Derby 149 logo features diamonds intended to replicate the blocks in legendary Secretariat’s famed blue and white silks as 2023 will be the 50th anniversary of his unforgettable Triple Crown sweep. Meanwhile, the specific number of 13 diamonds is reverence to the number of Thoroughbreds that won all three races in the Triple Crown.

The diamonds are set within a Coat of Arms shield that projects the achievements, heritage, longevity and stability of the Kentucky Derby, which dates back to 1875.

The logo, designed by New York-based marketing agency SME, will be used on a wide variety of Kentucky Derby merchandise, including apparel for the whole family, the iconic silver Mint Julep cups, glassware, jewelry and other collectibles and gift items. Women’s and men’s T-shirts featuring the logo are available now atwww.KentuckyDerbyStore.com. Additional official merchandise also will be available online, at Churchill Downs Racetrack, the Louisville Muhammad Ali International Airport, the Kentucky Derby Museum Gift Shop and other retail outlets.

ABOUT THE KENTUCKY DERBY

The $3 million Kentucky Derby takes place on the first Saturday in May at historic Churchill Downs in Louisville, Ky. Inaugurated in 1875, the legendary 1 ¼-mile race for 3-year-olds is the longest continually-held major sporting event in the United States and the first leg of horse racing’s Triple Crown series. Also known as, “The Run for the Roses” and “The Most Exciting Two Minutes in Sports,” the Kentucky Derby is the most attended horse race in the nation. The 149th Kentucky Derby will take place on Saturday, May 6, 2023. For more information, please visit www.KentuckyDerby.com.

Churchill Downs Racetrack (“CDRT”), the world’s most legendary racetrack, has been the home of The Kentucky Derby, the longest continually held annual sporting event in the United States, since 1875. Located in Louisville, CDRT features a series of themed race days during Derby Week, including the Kentucky Oaks, and conducts Thoroughbred horse racing during three race meets in the Spring, September, and the Fall. CDRT is located on 175 acres and has a one-mile dirt track, a 7/8-mile turf track, a stabling area, and provides seating for approximately 60,000 guests. The saddling paddock and the stable area has barns sufficient to accommodate 1,400 horses and a 114-room dormitory for backstretch personnel. CDRT also has a year-round simulcast wagering facility.www.ChurchillDowns.com.

The Pressbox10 hours ago
New post added at The Pressbox - McLean's Selections for Turfway Park on Friday, Jan. 27

The Pressbox13 hours ago
New post added at The Pressbox - Work Tab for Thursday, Jan. 26: Binoculars Focused On Elite Power, Teena Ella & Other "Horses to Watch"