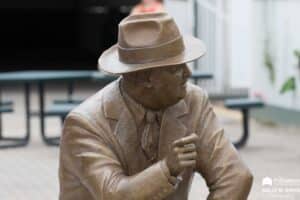 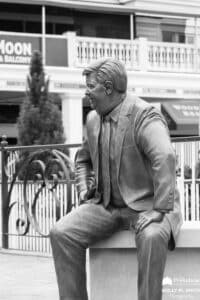 (The statues of Matt Winn, on the left, and John Asher were unveiled on Thursday / All Photos by Holly M. Smith)

On Thursday, Churchill Downs unveiled the statues of two great icons that have been associated with the legendary track for generations and have helped craft the brand and the name of the most legendary racetrack in the history of Thoroughbred racing.

The statues depict two gentlemen sitting on a bench, and chatting — surely about the state of the horse industry. And, the new permanent fixtures are none other than the amazing likenesses are of both Matt Winn and John Asher.

Mr. Winn was a prominent horse owner and President of Churchill Downs, and credited by most historians as the mastermind behind the promotion and rise of the Kentucky Derby into the game’s premier event and lynchpin signature race.

Mr. Asher joined Churchill Downs in 1997, and long after the passing of Mr. Winn. But he was no less important to the credibility and preservation of the world’s greatest horse race and the “Best Two Minutes in Sports.” He became universally loved and recognized as the institution’s greatest ambassador. And, he will be forever linked with the institution that protects and enhances the “Run for the Roses” with vigor.

While from totally different backgrounds and generations, the two gentlemen always seemed woven at the hip in their two true and undying loves:

It was only fitting that when the statues were unveiled on Thursday, that the two of them seemingly were enjoying a conversation — and, in all probability remembering their favorite Derbies Past and Horses Current.

It was only fitting that they were parked on a bench just outside the famed Churchill Downs’ Paddock, where they can forever see Kentucky Derbies come and go.

It was only fitting that the sun was shining bright, too, on this old Kentucky Home and two of its’ most favorite and famous tenants and caretakers.

It was only fitting.

Here are a few looks through the eye and lens of our very own Holly M. Smith: 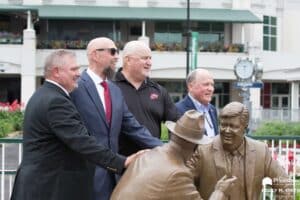 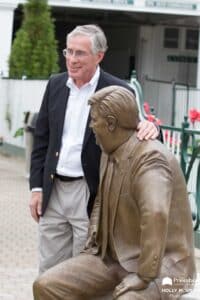 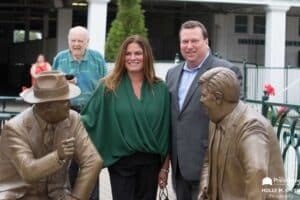 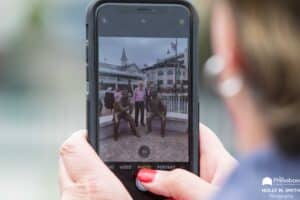 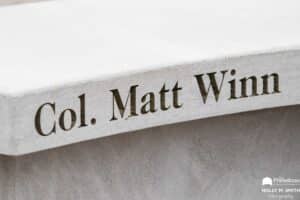 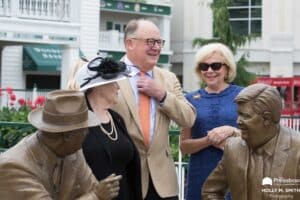 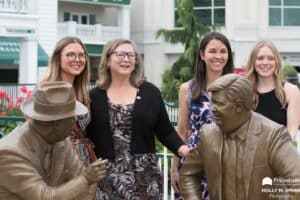 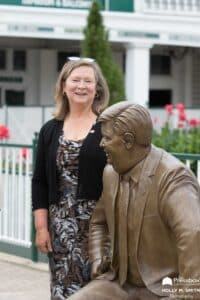 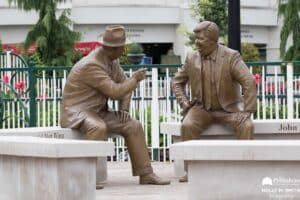 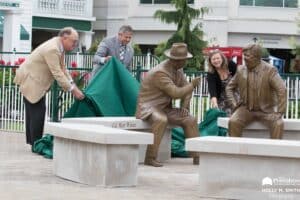 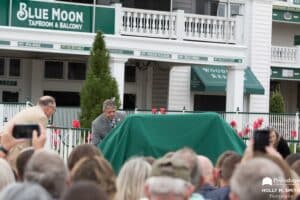 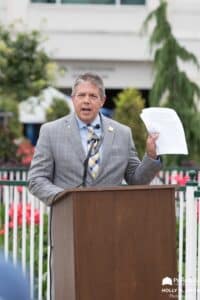 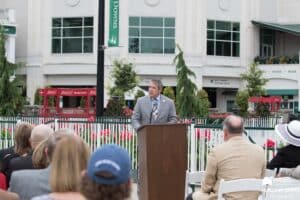 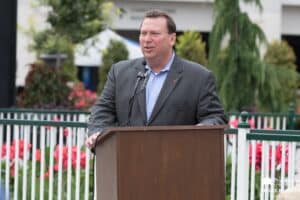 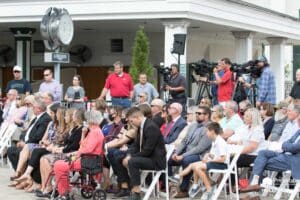 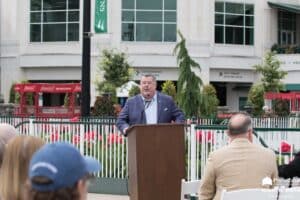 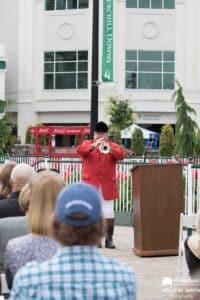 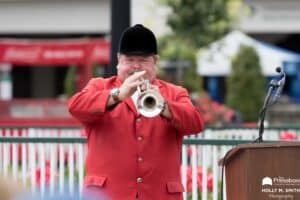 About the Author: Holly M. Smith

Holly is a freelance photographer based in Louisville. While she maintains a full time job outside of the thoroughbred/horse industry she spends most of her free time around the racetrack. Horses and photography have been a part of Holly's life going all the way back to elementary school. In 2015 after American Pharoah won the Kentucky Derby she decided to pick up the camera again and get back into the game. Since then she has covered events such as the Kentucky Derby, Breeder's Cup, Queen's Plate and various other racing events. In her spare time, she enjoys gardening, watching reality tv shows, and spending time with her fur kids, who still love her even though she isn't home much during racing season! Holly is a proud alum of Franklin County High School and University of Kentucky. She also serves on the UK Greater Louisville Area Alumni Board. Connect with Holly on Twitter @kyholmarie