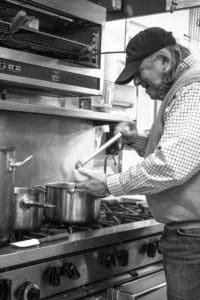 Only two wins on the 9-race card Wednesday. Not good enough.

But we will endeavor to do better on Thursday as we all await the coming of the Big Turkey.

Here’s our looks for Thursday’s Thanksgiving feast of both turkey and handicapping:

1st: 4-7/2-8/3-6/5-1…Heirloom Kitten (4) is the ML favorite and our favorite to capture the ole’ lid-lifter at Churchill Downs this Thanksgiving Day. First post is 11:30 a.m., just before the first scoop of giblet gravy and a heaping helping of turkey and dressing. The favorite returns as a beaten favorite, having run fourth last time out at Indy Grand. Last time here, he was third. Barns wins with .19% when coming back as a defeated fans’ choice. Barn wins with .26% on the second start with the new connections, though. Pickford (7) is a favorite of mine, and has a couple of wins in 12 starts this year. Nearly pulled off the trick last time out when edged at the wire. Gets a new trainer for the first time here, and the barn wins with .10% with the newcomers. Barn wins with .29% when returning to the gate with a beaten favorite, though. Chance. I bet the 4-7 across the board and then box these two in the exactas. I will key the 4-7 over/under the 2-8-3-6 in two smaller units.

2nd: 2-6-1/4/3-5…Outlier (2) gets the nod here after running against tougher in each of the last two. Drops back into the claiming ranks here for the first time since being nabbed in the box for a $20,000 price tag three starts ago. Won that one easily. Does get a huge rider switch here and the barn is doing well here this meet. Pick. Palatial Times (1) has a big shot, after being claimed last time out for the $40,000 price tag. Has hit the board in each of the last five outings and picks up a huge, huge rider switch here, as well. Barn wins with .24% overall in the claiming ranks and that’s with the last 1,042 starters. Hmmm. All the Diamonds (6) won last time out and has hit the board in 5 of the last 6 times to the gate. Should be pushing the pace early. Barn wins with .20% of those trying to repeat in the claiming ranks. I bet the 2-1 — take note — across the board and then box the top 3 numbers in the exactas. I key the top 3 numbers over/under the 4 in two smaller units.

3rd: 2-7-8/3-5-6/1-4…Nip N Tuck (2) ships in for this tilt, and returns to the fray as a beaten favorite — which are favorites of mine. This barn wins with .33% of the last 63 to qualify for that title. Gets a nice rider switch to a guy having a great meet and despite the fact that this one is 0-0-0 in five starts here? Chance. Divine Miracle (7) goes for one of the best trainers in the game today, and is moving up to face winers for the first time here. This is my pick. Take note. Generator (8) drops to the lowest price tag ever ad has tumbled down the scales since running 3rd in a Stakes at Delta Downs last November. Selling here. I bet the 7 — take note — to win/place/show and then box the top 3 in the exactas. I will key the 7 over/under all the numbers listed in two smaller units.

4th: 3-2/1-5-4/6…Front Street (3) nearly won at this same level last time out and has run two great races in a row. Has hit the board in 5 of last 6. Only miss was over the grass at KY Downs, when she simply didn’t like the hills and dales. Gets the best rider in the world up. Lots to like here. I bet the 3 to win/place and then box the 3-2 in the exactas. Strong. I will key the 3-2 over (only) the rest in a smaller unit.

5th: 1-4-3/2-5-7-6/8…Airborne Gal (1) ran a tiring 4th last time out when moving up in class and after two wins to start the career. Drops back to the $50,000 level here and should be a handful. Has speed to take control early and should be the one to catch. Can they? Forever Boss (4) drops into the claiming ranks for the first time and the blinkers come off, as well. I love this 3YO filly, who has raced in two Graded Stakes events this year. Looks to be a bargain at this price. I’m in. Afleet Diva (3) goes for one of the best people on the backside and a guy who has certainly heated up, of late. Wins with .23% when racing for the first time after a claim purchase, and with .22% when making the third start off a layup. Speedster, too. I bet the 4 — take note — to win/place/show and then box the top 3 in the exactas.  I will key the top 3 numbers over/under the 2-5 in two smaller units.

6th: 6-4/1-3/2-5…Regal Retort (6) gets a slight edge here against a very nice field of fillies and mares. This 5YO daughter of Jimmy Creed drops out of two Stakes events and that should help pick her head up some. Also, major rider switch here, too. In 5 starts at this distance? Has 3 wins. Take note. New Row (4) is a favorite of mine and goes for one of my most favorite trainers / people in the entire industry. No shot in the Groupie Doll last time out. But figures prominently in this high-end claimer. In 6 starts here? A record of 2-1-1 against some good ones. I go. I bet the 6-4 across the board and then box the top two numbers in the exactas. Sternly. Stern. Ly. I key the 6-4 over (only) the 1-3-2-5 in a smaller unit.

7th: 3-5-7/4-6/1-2…Distorted Verve (3) just has that look for a possible upset winner here, for trainer Dallas Stewart. Has run two 5ths in a row since winning here back in April. Likes to close and run on late, and will need some racing luck. But gets a huge rider switch here and should be motivated late. Take heed. High Fashion (5) has hit the board in each of the last 5 and has 3 second-place finishes in that grouping. Could be on a huge run, if not for some bad luck. Gets a rider switch here, too. Interesting turn. Family Time (7) has a chance. Sped off to a nice win just two starts ago here. Returned against tougher and just didn’t have the speed to keep up. Looks better fitted here and does have 2 wins in 5 starts over this surface. Chance. I bet the 3 to win/place/show and then box the top 3 numbers in the exactas. I will key the top 3 over/under the 4-6 in two smaller units.

8th: 5-9-1/7-10-2/3-6/4-8…Ann in the Middle (5) is my first “Longshot Special of the Day.” This 3YO Will Take Charge filly goes for a hot barn this meet and does come off a nice win last time out. Moves up in class off that performance, but does have 2 wins and a third in 3 starts here. Trainer/Rider combo has team up for .28% wins in the last 76 efforts together. Mojo working. Treaty of Paris (9) won at this level over the grass at KY Downs just two starts ago. Has run over a fast dirt surface on 9 occasions, though, with only one win. Has 2 seconds and a third. Underneath play for me. Breonna (1) drops in class for this one after being picked up for $20,000 two starts ago. Won that one and this barn wins with .50% on the 2nd start off the claim purchase and with .28% of those that go from two sprints into a route race. Chance. I bet the 5-1 across the board and then box the top 3 in the exactas. I will key the top 3 numbers over/under the 7-10-2 in two smaller units.

10th: 2-9-8/3-6/4-7-11/1-10-5…Dr Jack (2) has not been out since late September when he was a distant 3rd here to King Fury in the Bourbon Trail Stakes. The winner of that one returns in the G1 Clark later this week. So? No reason to apologize. This one has tactical speed. But must use when appropriate. Early can mean tiring. Has been training great for this one. Looks poised. Laughing Boy (9) comes in off a nice win at KEE and now moves up to face tougher. Has won two of the last 3, though, and is good right now. Consider. Kinetic Sky (8) goes for a barn that is heating up, to be sure. Ran a very nice 2nd at KEE last time out. Has faced some tougher foes in the past. Has a 1-1-0 record in two starts here. I bet the 2-8 across the board and then box the top 3 in the exactas. I will key the top 3 numbers over/udner the 3-6 in two smaller units.

11th: 6-5-1/4/2-7/3…G2 Falls City Stakes…Bonny South (6) has been chasing rainbows and the best fillies and mares in the world all her life. No difference here. She will need a little speed to develop up front in this spot, but she has the class to close against the very, very, very best. Rider has been a bit chilly of late. Needs to heat up on this one. Army Wife (5) ran 3rd to an impressive winner in the G1 Cotillion Stakes last time out. In two starts here, has a win and as 2nd. Gets the world’s top rider to iron-up here. And, the work on Nov. 16? Spot on. Will be coming late, too. Horse race coming. Crystal Ball (1) was no match for Letruska in the G1 Spinster, but ran huge here against Shedaresthedevil in the G3 Locust Grove in September. If she can repeat that performance? Look out. I bet the 6 to win/place/show and then box the top 3 in the exactas. I will box the 6-5 in another version, as well. I will key the top 3 numbers over/under the 4 in an “insurance policy.”

12th: 3-5-9/4-1/6-8/7…Exulting (3) gets the nod in the Turkey Day finale. This 8YO gelding comes from good stock and has compiled over $627,00o in earnings. Ran a nice 2nd last time out. Looks like he can crank out another win with a top rider up for the cruise. Gambler’s Fallacy (5) is my second “Longshot Special of the Day.” This 6YO son of Violence didn’t fire over the grass last time, but now gets back to the main track. Won over that surface at Indy Grand just two starts ago. Has a 2nd in only previous try here. Chance at a price. thirsty Betrayal (9) has hit the board in six straight. Solid. Very solid. I bet the 3-5 across the board and then box the top 3 numbers in the exactas. I will key the top 3 over (only) the 4-1 in a smaller unit.