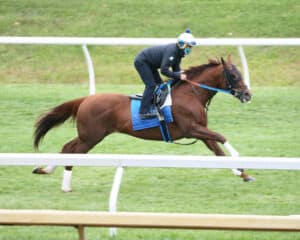 (Archidust training over the turf at Keeneland / Photo Courtesy of Keeneland)