Gene McLean has put together his picks for tonight’s Twilight Races at Churchill Downs. No one in this industry has more experience or talent in reviewing, forecasting and handicapping Thoroughbred racing.

1st: 4-6-7…Barry’s Swing (4) is a Horse to Watch participant since back in the winter at Gulfstream Park. This son of Harlan’s Holiday cost $150,000 as a yearling and showed some signs of promise early in his race career. Plummeted all the way to MC $10,000 in order to break his maiden in his last out here. Won that one by 43/4 lengths and now faces winners for the first time. Not a tough bunch today and could easily repeat for the team of Mike Maker and Corey Lanerie. Midnight’s Fantasy (6) has been facing tougher and has had some rough outings. But this deep closer will need a cleaner path tonight. I bet the 4 to win/place and then box the 4-6-7 in exactas.

2nd: 2-3-4-5-1…Make Noise (2) ran a huge one against a talented 2YO from the Mark Casse barn (Mo Diddley) in his first out. Gets a positive jock change and anything close to his first effort should be good enough in a talented field. Orbatron (3), a son of Orb, looked to be making a nice run when he encountered some rough conditions, both in tight and steadied at the 1/8th pole. Loses Lanerie, but should benefit from that race experience. Battle At Sea (4) gets Lanerie for his first out and this son of Into Mischief is training lights out for Mike Maker. This trainer-jock combo is winning at a .39% clip this meet. Can’t ignore. I bet the 2 to win/place and then box the 2-3-4 in the exactas.

3rd: 4-3-2-1-6-5…Sir Dudley Digges (4) ran a huge one here in May on a softer turf and may catch a similar grass tonight after overnight rains. This son of Gio Ponti has run five good ones in a row and this might be Maker’s coming out party for a very calm meet. Surgical Strike (3) has to get better to come close to the preferred choice here, but he has a chance to run a good one. After he nearly won the Spiral Stakes last year, it looked like this one could be a top colt – especially on grass. His career has sputtered – especially of late – but he gets blinkers tonight and that is a return to an equipment he utilized when good last year. I’m expecting some big improvement here. Chip Leader (2) goes for my old friend Louie Roussel, who both owns and trains. This one has a ton of speed in a field that has lots of pace. Will need to control his motor, but has talent and may hold on for a piece. I bet the 4 to win/place and then key the 4 over/under all the other numbers.

4th: 7-2-1-5-6-3…A second baby race on the card tonight and then nod here goes to Dak Attack (7), a son of Ghostzapper who snatched a hefty price of $625,000 last September. This one obviously has the looks and has been training very well. Sometimes these young ones need a race to figure things out, but this one may gun it from the get-go and at 51/2 furlongs, he will have time to make the first and only turn without losing a lot of ground. Tap Daddy (2) is another well-bred colt, by Scat Daddy and out of the Tapit mare Easy Tap. Bred and owned by Winchell Thoroughbreds, this one may be ready to go, too, for the Asmussen barn. True Loyalty (1) may give them fits from the rail, though. He’s trained by James DiVito, who has a .29% win with 2YOs. This one ships in from Arlington to give it a go and may rush from the #1-hole. I bet the 7 to win/place and then box the 7-2-1 and wheel the 7-2 over/under all the numbers.

5th: 7-6-3-4…On My Toes (7) is a 3YO filly by More Than Ready and she looked like she was on her way to breaking her maiden in her last out when she tired late. It was her first effort at two turns, though, and she figures to improve off that try. Goes for a cold barn and gets a cold rider, too. That throws a little cold water on enthusiasm, but she still figures best in this group. Lady Soul (6) takes another small bump down in class for her second try off a long layoff. Obviously, she needed the last one and should benefit, even though she will stretch out for the first time tonight. If she can run anywhere close to her career debut, when she was third to eventual G1 stakes-winner Go Maggie Go, she will be tough to handle. To Be Famous (3) gets a huge rider change in Lanerie, who is speeding off to another rider’s title here. Drops from MSW ranks and the class relief will help this one for a barn that is having a nice meet with limited starters. I bet the 7 to win/place (tepid), and then box the 7-6-3 and the 7-6-4.

6th: 3-5-2-9-7-1-4….The “dot” horse (must use) is Silvertoni (3), who ships south from Belmont Park for trainer Wesley Ward, who is having a so-so meet after tearing it up at Keeneland this spring. This one is fast and will back up from 61/2 on dirt to 5 furlongs on grass today. She has a motor and will look to gas it with new rider Robby Albarado. Fort Marsh (5) is an Illinois-bred, who was having a good 3YO season last fall when she was put on the shelf after October. She ran a solid 5-furlong grass race in her seasonal debut in May here, and any improvement off that one may be enough. Another one who likes the lead. Fiesta (2) won her “one, other-than” conditioned allowance in her last and moves up to face two-time winners tonight. Very consistent and can stalk, a bit. Regular rider Julien Leparoux may get the garden trip here. I bet the 3 to win/place and then box 3-5-2 in the exactas. I also play a small exacta wheel with 3 over/under all the numbers. (Note: if it comes off the grass due to more rain, I have to use the 11, who then becomes the “dot” horse.)

7th: 2-1-7-5-4-3…Jersey Street (2) gets the nod here for trainer Michael Tomlinson, who is having a very good meet. Rider Jesus Castanon has only 21 mounts so far this meet, and just one win, but he’s a class act and can ride. A guy you wish good luck. And, this one has faced some tough customers in the past – like Aquamarine, One Liner, Blame Will and Cool Arrow. Third race in the cycle and coming off a small stakes race in PA. Choice here. Pontifical (1) has only three lifetime starts – all on the grass – and has not been a true contender in his last two. But I like today. Drops back off a try around two turns to a 6F sprint and is training like a bear on the dirt. Would not take much for this one to end up in the winner’s circle, with Lanerie aboard. Seventh Sense (7) is a Turkey-bred son of City Zip. If you throw out his last race (a $100,000 stakes at Gulfstream Park in April), this one figures to be right there. Wants to be close to the pace. I bet the 2 to win/place and then wheel the 2-1 over/under all the other numbers in the exactas. I bet a 2-1 exacta box, as well.

8th: 2-4-5-1-7-8…Cuddle Kitten (2) is a home-bred filly by Kitten’s Joy, who will be closing off the pace in the finale. Has been close a couple of times before, and appears to hang a bit, but picks up a new rider known for having a strong finish. May be the key to victory. Malibu Stella (4) ran a huge one in career debut at Saratoga last August, but hasn’t been the same sense. Drops from the MSW ranks to $50,000 tonight and needed her last for sure. Stretches out from 5F to 11/16-miles for a barn that has a win rate of .25 in such moves. I take notice with Lanerie up. Bella Bella (5) has solid Beyer Figures for a little-known barn that has done well this meet. Stretches out a bit more tonight after giving a mile a try for the first time last out. Tired in that one, a bit, but to be expected having never run past 51/2 furlongs before. A little move up could be all it takes. I bet the 2 to win/place/show and then box the 2-4-5 and the 2-4-1 in the exactas.

Good luck &
All the Best/Gene 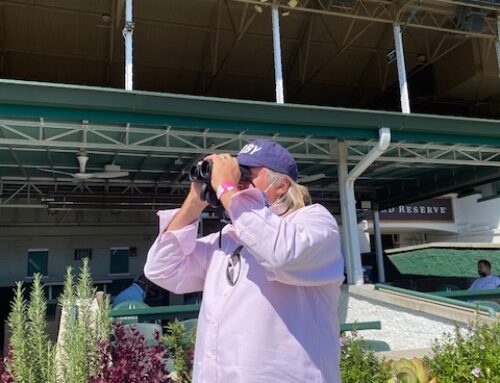 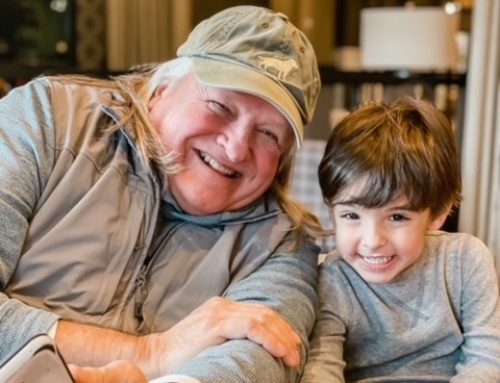 (Malathaat / Coady Photography) From the Keeneland Media Team: Keeneland congratulates the equine champions and outstanding horsemen in Thoroughbred racing in 2022 who were honored tonight at the 52nd annual Eclipse Awards Ceremony at The Breakers Palm Beach in Florida. All 10 horses recognized as f...
View on Facebook